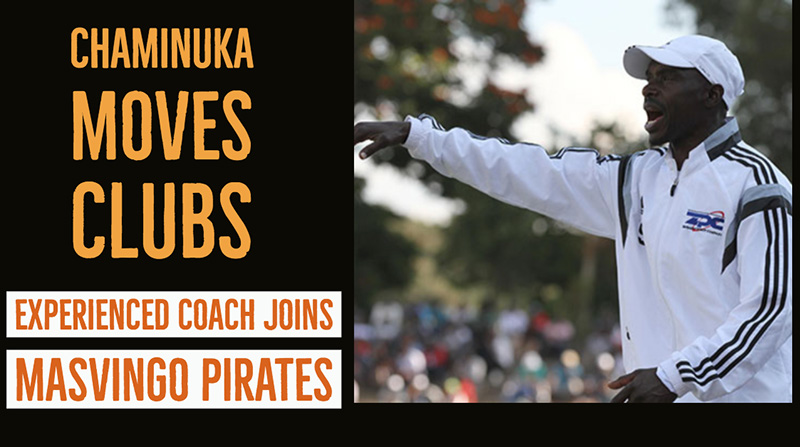 FORMER Dynamos and Warriors gaffer, Saul Chaminuka has joined struggling Eastern Division outfit Masvingo Pirates as the club seeks to turn around its fortunes after an unimpressive run this season.

Pirates, who opened the first division league as favourites for promotion into the premiership soccer league, are finding the going tough having secured only 3 points from six matches played so far.

Chaminuka, who once took ZPC Kariba to finishing second during their premiership debut, joins the Masvingo based club after signing a one year contract on an undisclosed amount last week.

The club executive is optimistic that the coming on board of the former Warriors assistant coach will bring value to the team.

“He has coached at all levels and we a very proud to have him in charge of our technical team.

“His charges where witnessed when we played Prime Rangers at the weekend and we have seen remarkable changes to the team although we only managed a draw.

“We are optimistic we will soon find our winning ways,” said Pirates spokesperson Godfrey Mtimba.

The veteran gaffer has been on a job hunt since his sacking as the assistant coach for the national team and has tried his luck with the eSwatini (formerly Swaziland) national team with no success.

This was despite him having led the eSwatini giants Mtsapha United to 50 competitive matches guiding the team to the primer league and the Swazibank cup final.

He left the team on fifth position in that country’s league table and odds are in his favour that he will lead Masvingo Pirates to glory.