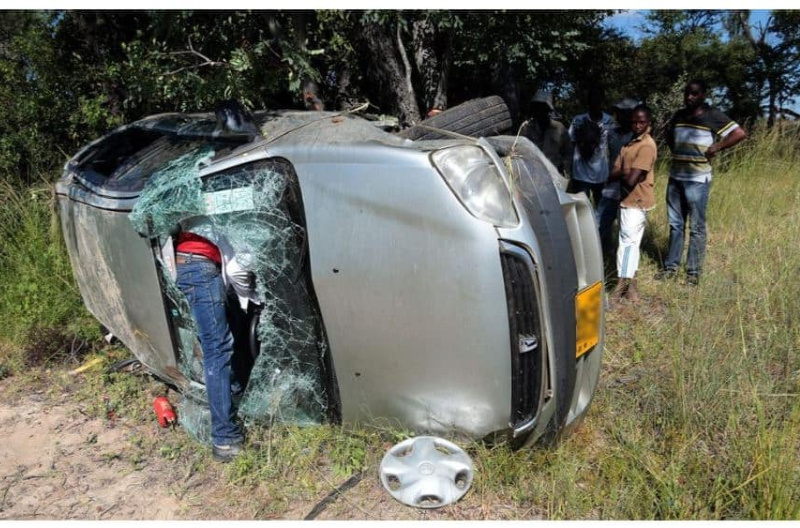 AT LEAST 91 people perished while 414 others were injured in 1 141 road accidents which have so far occurred this festive season, the Zimbabwe Republic Police (ZRP) has said.

In a statement, the ZRP said the major causes of these accidents were speeding, reversing errors and inattention, among others.

National Police Spokesperson Assistant Commissioner Paul Nyathi said the number of road accidents for this year dropped, compared to that of 2018, however the total number of deaths remained the same.

“The major causes of the accidents were speeding, reversing errors, following too close and inattention,” he said.

Meanwhile, the police has released names of the three people who perished in a road accident at the 221 kilometre peg along Harare Bulawayo Road, at the Redcliff-Kwekwe blind rise over the weekend. They are, Simon Zimbangu Mukunzve (53), Pamela Zimbangu (17) and Primrose Zimbangu (10) all from ZRP Rose Camp in Bulawayo.

Ass-Comm Nyathi implored all road users to be considerate and responsible on the roads to avoid unnecessary loss of lives.

“As we prepare for the New-Year, let us be responsible and considerate on the roads. Drivers should safeguard lives and avoid overtaking in situations which are not conducive, they should not speed and above all should comply with set road rules and regulations.

“Motorists should not be overexcited as they drive on the highways. Public service vehicles should not over-load and be exemplary on the roads,” he said. – The Herald.