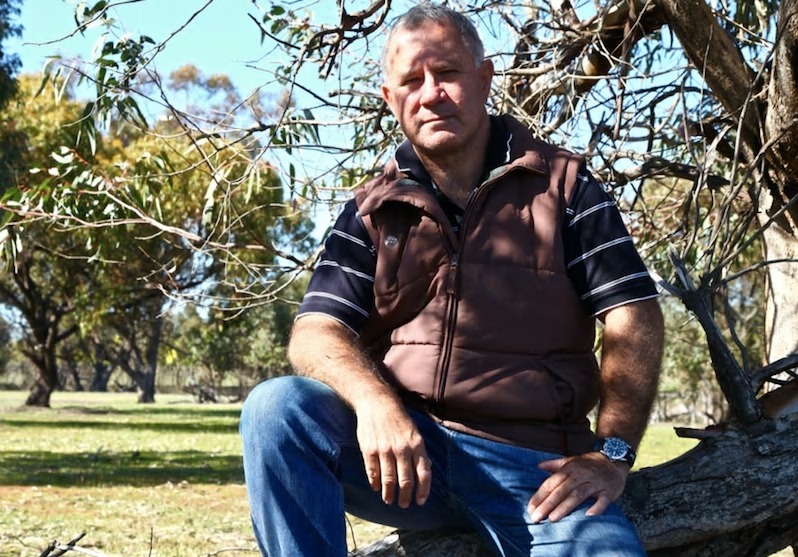 COMMERCIAL Farmers Union of Zimbabwe (CFU) president, Nick Swanepoel has dismissed reports that the US$3.5 billion Global Compensation Agreement between farmers’ representative groups and government was being imposed on the former landowners.

“It has taken us a long time to get here and we are happy with what the government has done so far and I would just like to say that farmers today have got a commitment,” Swanepoel told journalists at a media briefing in Harare Monday.

“Every single farmer in Zimbabwe has a commitment and it’s time to stand up and prove our worth in producing food for this country.

“Farmers are not proud that we have to import food into this country from South Africa or anywhere else.

“So, I have told government that we have get to its foot like what it was and we will be proud of it.

“This has nothing to do with white farmers, CFU or what, we are talking agriculture today and it’s quite clear that we have had some failures in the past in agriculture in the last few years.

“And the message I am getting is everyone is committed.”

Swanepoel added, “It has taken us 20 years before we come to this agreement, we have been negotiating for the last two years with government and I am happy to say that we have 95 percent of farmers who are in agreement with this compensation fund.

“It has taken us a long time to get here and for that, I want thank the government that we have finally agreed and we want to get agriculture back.”

The white farmers lost their land during government’s violent land reform process which started back in 2000.

Government has been dithering on promises to compensate the former landowners but finally reached an agreement recently with the signing of the document.

There were reports from some quarters which said fatigued commercial farmers were forced to take whatever was thrown on the table by government just to see an end to the drawn-out impasse with the Zanu PF led authority.

Some felt government was merely dangling the giant figure to hoodwink the world into the belief it was committed to promises to compensate the commercial farmers when in actual fact, it was too broke to raise the amount.

Under the agreement, government is legally required only to pay for infrastructure such as buildings and dams and not movable assets that were left behind such as irrigation pipes, tractors and all other farming equipment.