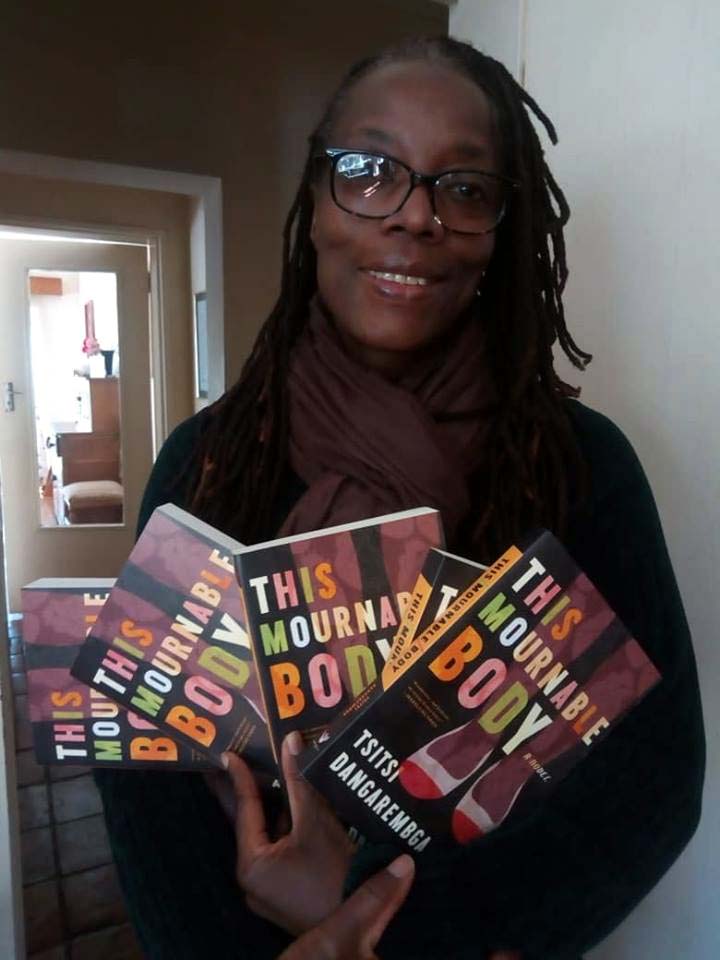 Zimbabwean writer Tsitsi Dangarembga’s first novel, “Nervous Conditions,” came to my attention in a memorable way. In 1992, as I interviewed Doris Lessing for The Seattle Times, we started talking about African fiction. A few minutes into our conversation she reached into her handbag and pulled out a battered looking paperback, saying, “I’ve been waiting for someone like you to give this to.”

The book, first published in 1988, is extraordinary. From its chilly opening line — “I was not sorry when my brother died” — to its closing thoughts on its narrator’s hazard-strewn “process of expansion,” it draws readers into the world of teenage Tambu who in 1960s rural Rhodesia, after the death of her sibling, becomes the one child in her family to be allowed an education.

At a Protestant missionary school run by her prosperous uncle, she devotes herself to her studies. But her personal opportunity soon comes into disorienting conflict with her sense of duty to family and culture.

Dangarembga followed “Nervous Conditions” with a sequel, “The Book of Not,” that wasn’t published in the United States. Now comes her newest, “This Mournable Body,” which finds Tambu middle-aged, erratically employed, and bitterly floundering in Harare, Zimbabwe’s capital, during “the last year of the millennium.”

Tambu’s volatile sense of estrangement from herself is embedded in the book’s second-person, present-tense narrative. Many of her remarks (“You spend much time regretting digging your own grave over a matter of mere principle”) don’t bode well.

Her once-rebellious cousin Nyasha, after studying overseas in England and pursuing a career in filmmaking in Germany, has returned to Zimbabwe with her German husband to work on creative and social-justice projects. They offer Tambu refuge when she needs it.

Nevertheless, Tambu has her doubts about them. She never knew, she comically reveals, that there was such a thing as “a European without means or money. Now, in her reckless manner, Nyasha has married one.”

“This Mournable Body,” interestingly, indicates Nyasha is the more Dangarembga-like figure in her quasi-autobiographical fiction. Nyasha, like Dangarembga, spent part of her childhood in England, got much of her secondary education in Germany, married a German, and had children before returning to Harare.

Tambu, then, seems to be Dangarembga’s way of asking what kind of fate Zimbabwe holds for a bright woman who never had the chance to expand her horizons.

The answer is discouraging. Tambu has high standards that can’t be met by the world around her (“Contempt for everything floods you”). She quits an ad-agency job because her supervisors are taking credit for work she’s done. Her brief stint as a high-school teacher ends in disgrace.

She simmers with bad temper and sometimes goes on drinking binges. She’s candid about having “nothing to carry on for: no home, no job, no sustaining family bonds.”

This may not be what readers expected for the tough, determined girl who narrated “Nervous Conditions,” and it makes “Body” a difficult read, not just because of the downward spiral Tambu is on, but because of the challenging, fractured, hallucinatory prose Dangarembga uses to reflect the imbalance of her mind. After hitting bottom, Tambu lands in a psychiatric ward.

“You are an ill-made person,” she tells herself. “You are being unmade.”

Her broken state means she’s a cruel observer. She has no interest in anyone’s struggle but her own (“I don’t believe in politics”), and she’s not above using people.

“[Y]our cousin is your crossing place,” she tells herself, “your stepping-stone to becoming the remarkable, well-to-do person you wish to be.”

A chance to regain control of her life comes when an old school friend and ad-agency colleague invites her to work at a new eco-minded tour operation called Green Jacaranda Getaway Safaris. By the time this offer comes Tambu’s way, however, the paramount question is how she’ll manage to sabotage her own best efforts.

“This Mournable Body” can be read on its own, although readers may have more patience with Tambu if they’ve read “Nervous Conditions” first. Dangarembga’s evocation of Harare’s social geography — its posh suburbs, dreary hostels, noisy nightclubs, chic boutiques, seedy bus stations — immerses you fully in the city’s stressed fabric. The violence of civil wars past and present also loom over the narrative.

Tambu may be too damaged to look very far beyond herself. But thanks to Dangarembga’s canniness and empathy as a writer, she nevertheless bares the soul of the country that formed her.