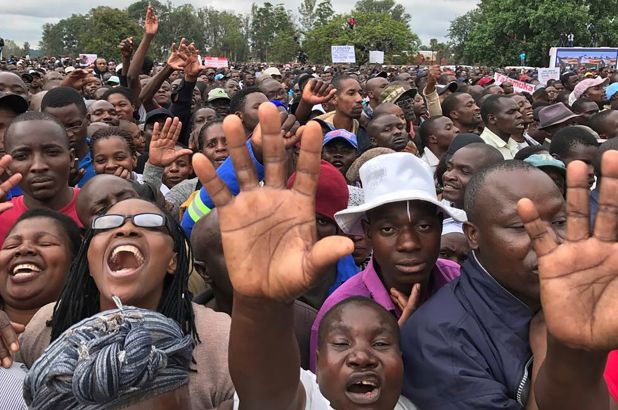 DESPITE its bearing on their lives and the country’s economic direction, it has emerged a lot of Zimbabweans were not even aware of government’s 2021 budget presented Thursday by Finance Minister Mthuli Ncube.

Among those who said they were aware of the presentation, it turned out some were not aware of the contents of the crucial policy document while those who tried to follow did not understand the sophisticated material in the budget.

Following the budget presentation, NewZim TV took time to hear the views of ordinary Zimbabweans in Harare on the budget.

It turned out a lot of them were not aware of the budget presentation and content.

“I am not aware of what was in the budget. I only found out this morning that Mthuli had presented his budget,” said Taitus Magedyo a, vendor by Rezende bus terminus.

“We spend most of our time out here hustling and we don’t get time to hear about the budget.”

Another resident said he also knew nothing at all about the budget and how it benefitted him.

“I don’t waste my time on that. I am out here to make a living, otherwise I don’t even care what happens because it changes nothing,”

However, those who were aware of the budget praised the finance minister for allocating more towards health.

Some felt the minister should not have allocated a lot of resources towards security ministries in a country that has no war.

“I am happy the minister has allocated more to the ministry of health because what is most important is the wellbeing of citizens and this shows that it is a step in the right direction,” said one Peter Nyakudya.

“I think it’s pointless to put much to the ministry of defence when the country is at war with no one. Rather, that money should have been given to other sectors such as health and education.”