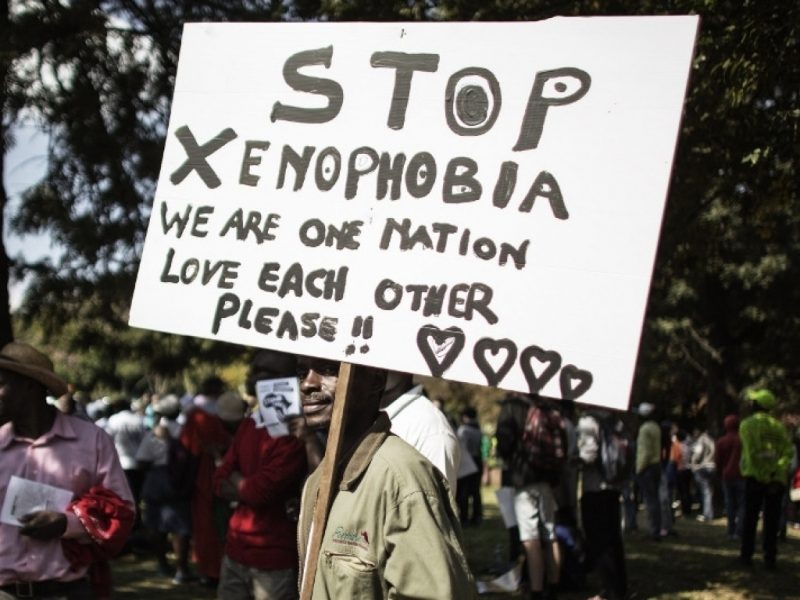 In recent decades, a rapid rise in migrants displaced by war has tested many host countries. Some, such as Turkey and Germany, have responded generously. Migrants may also boost a labor-short economy. One country that has struggled with an influx of migrants is South Africa. As Africa’s strongest economy, it has drawn people from across the continent seeking safe harbor and opportunity.

This has led to periodic bursts of violence against migrants, including a current wave of xenophobic attacks. Even though their constitution upholds dignity for all, many South Africans see migrants as hindering efforts to lift citizens out of poverty first.

That’s not the case in Giyani, a town near the northern border with Zimbabwe, which is setting an example. There the local citizens and migrant Zimbabweans have forged a seamless community built on social networks that transcend ethnic or national identity. “Peaceful and mutually beneficial relationships between South Africans and migrants can and do regularly exist,” wrote Shannon Morreira, a professor of anthropology at the University of Cape Town, and Tamuka Chekero, a Ph.D. candidate, on the news site The Conversation last month.

“The dominant story of migration in South Africa is that of xenophobia. This is simply not true,” they point out.

Roughly 4 million foreign-born people live in South Africa, according to the most current data. Most are from other parts of Africa where they faced conflict or prolonged economic and political crises. The official statistics also show that immigration, much of which is illegal, has slowed in recent years. But in a country where the unemployment rate has hovered at 35% or higher for decades, foreigners are often accused of stealing jobs and committing crime. One human rights watchdog, Xenowatch, estimates that 623 people have been killed and 123,000 dislodged from their homes since 1994.

The current wave of violence has newly exposed a divide within the ruling African National Congress. A vigilante group calling itself Operation Dudula has taken encouragement from some high-level politicians, including the minister of home affairs, who support anti-migrant policies. President Cyril Ramaphosa has condemned the violence.

In addition, new civil society groups have formed to protest xenophobia. Joseph Mary Kizito, Roman Catholic liaison bishop for migrants at the Southern African Catholic Bishops’ Conference, argues that South Africans must end a feeling of being a separate culture from the rest of Africa. And, as he told the Catholic journal Crux, South Africans should see migrants as able to contribute to a host community.

In towns like Giyani, suspicions of migrants are being dissolved by the process of discovering shared cultural norms. A local hub for commerce, it has attracted Zimbabwean and Mozambican migrants for years. But the political divides that have fueled anti-migrant violence elsewhere in South Africa haven’t disrupted Giyani. Through a mix of assimilation and shared cultural ideas about community, migrants forged social bonds with locals. Churches played a key role in welcoming the foreigners and erasing differences.

“African ideas of making strangers feel at home have been mobilized to good effect,” observed Dr. Morreira. “This has implications for policy and interventions in spaces where xenophobia is rife.” An African problem may already have a distinctly African solution – a view of others as a source of strength and comfort.