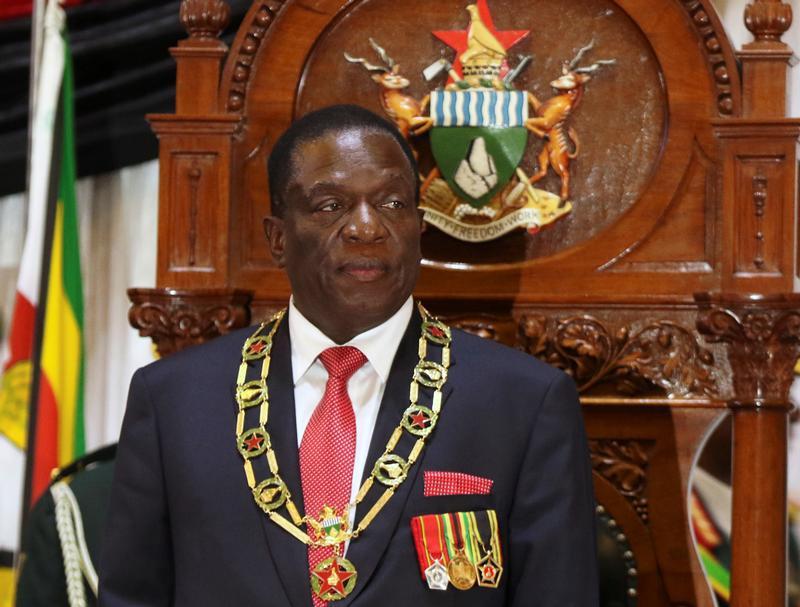 A year since a trio of army generals held former Zimbabwean President Robert Mugabe under house arrest as part of a 10-day military operation that enabled his protege, Emmerson Mnangagwa, to take power, there are mixed feelings as to how different the proclaimed “new dispensation” is from Mugabe’s autocracy.

In an unprecedented show of support for the de facto coup, on November 18, 2017, hundreds of thousands of Zimbabweans marched the streets, demanding the veteran ruler step down.

Days later, just moments after a parliamentary impeachment hearing began, the then 93-year-old resigned after nearly four decades in power.

But a year since President Mnangagwa’s inception, the hope some citizens had in the liberation fighter nicknamed “the Crocodile” now seems jaded.

Takudzwa Tawenga, 32, a self-employed artisan who participated in a mass anti-Mugabe protest on November 18, 2017, told Al Jazeera he was disappointed by the new regime.

“The day we marched, I really felt like Mnangagwa was the hope of the people, but it seems like the suffering we experienced under Mugabe hasn’t changed.

“It’s like the army just kicked out a dictator so they could enjoy power for themselves. There is nothing for us in this new dispensation,” he said.

Bitterness over the worsening state of the economy and the contentious aftermath of the July polls risks creating a rift between the people, the Crocodile, and the military they once hailed for ousting Mugabe.

Gun between people and the state

On July 30, millions of Zimbabweans cast their ballots in the first election without Mugabe as a candidate. Mnangagwa won by a narrow and disputed margin of 50.6 percent against his younger rival Nelson Chamisa of the MDC Alliance.

An independent commission of inquiry led by former South African president Kgalema Motlanthe is currently looking into the post-election violence that saw the military deployed onto the streets of the capital.

“They fired in the air but I do not believe any could have aimed shots at the civilians.

“We would have been very foolish as the defence forces to give orders to the troops to open fire on the civilians with all these people [election observers and foreign journalists] in the country,” Sibanda told the Motlanthe Commission on Monday.

“The blatant denials on the documented and video-recorded role of soldiers on August 1 is an insult to Zimbabweans. It is a blatant attempt to hide the truth and sweep things under the carpet,” he said.

Although Mnangagwa initiated the Motlanthe Commission and put a stagnant national peace body into motion in an attempt to chart a different path from Mugabe’s closed authoritarian style, he has struggled to break with the past.

According to Mavhinga, the general approach of the security forces in the post-Mugabe era has been one of “arrogance, continued impunity, and lack of sincerity”.

Despite promises of a new era, the blurred role of the military in state governance and party affairs continues to raise concern.

Piers Pigou, a senior consultant for the International Crisis Group, told Al Jazeera although Mugabe was gone, the system of non-separation of powers between the state, ruling party and the executive was still in place.

“There is still no effective civilian oversight of Zimbabwe’s military and intelligence community, which both retain in practice partisan loyalties to [ruling] ZANU-PF. Notwithstanding provisions in the constitution setting out non-partisan responsibilities, no significant action has been taken to alter this reality.

“Although there is a new sheriff in town, Mnangagwa, like Mugabe, must navigate around both security sector and ruling party interests,” he said.

But as Mnangagwa struggles to balance the desires of those who helped him into power with his own, he also grapples with the dilemma of preventing the economy from collapsing.

Nation on the brink

A recently introduced tax on all electronic transactions above $10 has sparked a wave of price rises in basic commodities such as bread, sugar and cooking oil and spurred fuel shortages.

The two percent levy aroused fears of a return to the hyperinflation era under Mugabe, when the Zimbabwean dollar rapidly devalued and price increases became uncontrollable.

Under a multiple currency regime adopted in 2009, the US dollar is used in daily transactions. However, because of cash shortages, a local surrogate currency known as bond notes are more commonly used. But even this is in extremely short supply and of lesser value.

On the black market, the coveted US dollar currently trades at an average of $3.2, although the official rate is 1:1.

For Margaret Moyo, 47, a shopkeeper, keeping up with the price rise has made life difficult.

“I can’t keep up with the cost of things anymore. When I go out to order my goods, some suppliers now demand US dollar, or they say the price is double if you are paying with bonds.

“This money is worthless, we are back to the Zim [Zimbabwean] dollar days again,” she said.

Despite a public outcry against the rising cost of living and the devaluing of the local surrogate currency, the government is pressing ahead with its reforms to widen the tax base.

President Mnangagwa has urged citizens to grit through a Transitional Stabilization Programme, which is part of his long-term vision to transform Zimbabwe into a middle-income country by 2030.

“[T]here are pains to be borne and sacrifices to be made before things start looking up for the ordinary man in the street.

“We must all gird for belt-tightening measures, leaders and ordinary citizens alike,” he wrote in a Sunday column in the state press.

After years of isolation under Mugabe, Zimbabwe’s hope for a lifeline may lie in re-engagement with the international community. However, following the election controversy, the United States renewed sanctions urging the post-Mugabe regime to demonstrate greater efforts towards reform.

Pigou told Al Jazeera that Mnangagwa’s efforts to change from the authoritarian order of the past will be under close scrutiny if relations with the West are to improve.

“[T]he international community is primarily interested in an economic dispensation that actively promotes fiscal transparency and accountability, and that upholds the rule of law and protection of property rights… With some form of electoral mandate, the months ahead will be crucial for seeing how the Mnangagwa administration translate promises into action,” he said.