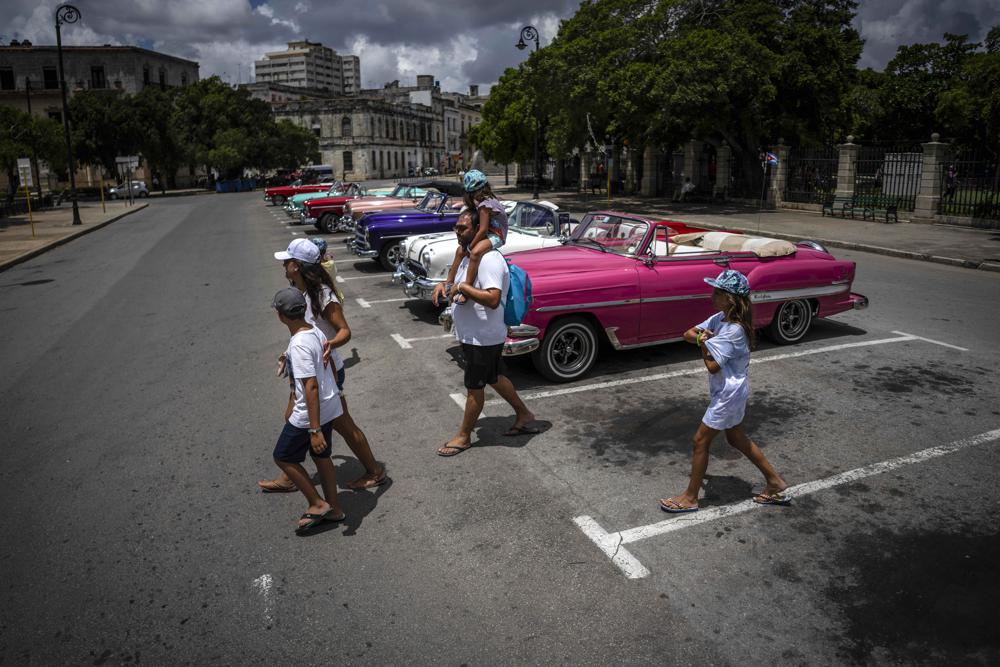 HAVANA: A year after the largest protests in decades shook Cuba’s single-party government, hundreds of people who participated are in prison and the economic and political factors that caused the demonstrations largely remain.

Streets and public squares filled with protesters on July 11 and 12, 2021, some answering social media appeals, others joining spontaneously to express frustration with shortages, long lines and a lack of political options.

Since then, a few things have changed: The Communist Party government has made its most expansive — if still limited — opening in six decades to private enterprise, authorizing small and medium sized companies. And the easing of the COVID-19 pandemic has allowed a gradual revival of the critical tourism industry.

But the overall economy remains dire, with long lines and rapidly rising prices for limited goods. That has fed a huge increase in migration, principally to the United States.

And the economy remains squeezed by U.S. sanctions. While U.S. President Joe Biden has eased some, such as allowing U.S. residents to send more money to Cuban relatives and processing some visas in Cuba, he has been slow to implement his campaign promises to turn back many of the other restrictions imposed by former President Donald Trump. That commitment may have been further delayed by the Cuban government’s crackdown on the protests, which soured the atmosphere for any seeming concessions from Washington.

The protests changed everything, however, for the Román family of Havana’s La Guinera neighbourhood.

Three of the family’s members were arrested on June 12, 2021 and two remain imprisoned.

“They haven’t committed a crime so serious that it warrants that punishment,” said Emilio Román, 51, whose 26-year-old son Yosney, a construction worker, and 24-year-old daughter Mackyanis, a housewife, were sentenced to 10 years in prison on sedition charges in March. His youngest daughter, 18-year-old Emiyoslan, was given conditional release because she was a minor when arrested.

Three cousins were arrested as well — two of them now imprisoned for 10 years as well.

Officials haven’t said how many people were arrested during the protests that occurred in dozens of places across the country, but an independent organization formed to track the cases, Justice 11J, has counted more than 1,400.

The national prosecutor’s office said in June that courts had imposed 488 sentences on protesters, ranging up to 25 years in prison.

“The government has demonstrated its authoritarian nature,” said Giselle Morfi, a Cuban attorney now based in Mexico who works with Cubalex, a legal aid group focused on human rights in Cuba. “The state criminalizes the exercise of fundamental rights that should be protected within any democratic society, such as freedom of expression, and it stigmatizes protest.”

She said the crackdown is meant to dissuade Cubans from any new wave of protests.

One who did call for more demonstrations — unsuccessfully — last November, playwright Yunior García, wound up leaving the country.

Authorities insist those arrested are not political prisoners but people who have violated laws against public disorder, vandalism or sedition, often at the instigation of U.S. based opposition groups using social media to attack the socialist state.

Following a massive inoculation campaign using vaccines developed in Cuba itself, authorities say they have seen no COVID-19 deaths in more than a month. Hotels and air routes closed for more than a year have been reopening — something crucial for a country that depends heavily on foreign tourism for the hard currency needed to import food and other crucial goods.

But long lines remain for fuel and food and power outages are common following the pandemic-induced economic fall of 11% in 2020 and a weak 2% rebound in 2021.

“Those Cuban officials refuse to accept the three most simple economic keys to the crisis: breakfast, lunch and dinner,” said Domingo Amuchástegui, a former Cuban diplomat. He argues that the opening to small private business is still too limited.

“The great lesson of China and Vietnam is being ignored,” he said, referring to Communist-led nations that have made much more sweeping openings to private enterprise.