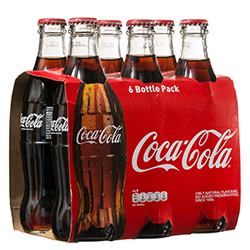 HARARE: The Coca Cola Company plans to terminate its bottling deals with Delta Corporation and its associate, Schweppes Zimbabwe Limited, Delta announced late Thursday.
Delta’s sparkling beverage business, almost entirely dependent on bottling Coca Cola products, accounts for about a third of total sales and is its second biggest revenue driver after lagers.
Sparkling beverages pulled in $183 million or 29 percent of its $633 million turnover in the full year to March 2016.
Coca Cola’s move raises the spectre of job losses at one of Zimbabwe’s largest employers, worsening the situation in an economy groaning under a jobless rate estimated at 90 percent.
Coca Cola’s bid to end the bottlers’agreements with the two firms follows the regulatory approval of the $104 billion merger between Anheuser-Busch InBev NV/SA (AB InBev) and SABMiller Plc, Delta’s largest single shareholder with 38 percent. Delta is a 49 percent shareholder in Schweppes Zimbabwe.
The blockbuster merger of the beverage behemoths has complicated matters for Coca Cola and SABMiller, a major bottler of Coca Cola products in Africa, due to the fact that AB InBev is a similarly major bottler of Coca Cola’s rival Pepsi in South America.
Econet Wireless’ Mutare Bottling Company, is the only other bottler of Coca Cola products in Zimbabwe and could benefit from the development.
“Further to the statement issued to stakeholders on 6th October 2016 relating to the combination of Anheuser-Busch InBev NV/SA (AB InBev) and SABMiller Plc, the Company has since been notfied by The Coca-Cola Company (TCCC) of its intention to terminate the Bottlers’ Agreements with Delta Beverages and its associate Schweppes Holdings Africa Limited,” Delta said in a statement.
“The Company and its associate produce and sell TCCC brands under bottler’s agreements with TCCC. This Notified Intention has been given on account of AB InBev becoming an indirect shareholder in Delta Corporation Limited following the combination of AB InBev and SABMiller Plc.”
Delta said it was considering the ramifications of Coca Cola’s decision, but added that it anticipates no immediate changes to its operations.
Delt, with the largest market capitalisation on the Zimbabwe Stock Exchange, just over $1 billion, traded 6.4 percent higher at 84 cents on Thursday, before the news broke.Advertisement