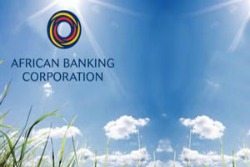 FINANCIAL services group ABC Holdings Limited has reported a 49 percent growth in attributable profit for the full year to December 31, 2013 driven by strong performances in its Botswana, Zambia and Zimbabwe units.
Attributable profit grew to US$22.3 million against the US$15 million in the prior year.
Net interest income before impairment of advances rose to just over US$113 million from US$76 million over the same period in 2012 on the back of improved lines of credit and growth in deposits.
During the second half of the year, the group raised a total $135 million in lines of credit. Out of this $95 million was invested at the head office in Botswana while the balance was channelled to Zimbabwean operations.
Deposits were up 14 percent to US$1.3 billion while operating expenses were up 29 percent to driven by continued expansion into the retail and small to medium enterprises market segment.
The group increased its branch network to 73 last year from 61 in 2012 while cost to income ratio eased to 66 percent from 71 percent.
However, the group’s Tanzania unit recorded an attributable loss of US$2.2 million compared to US$4.4 million in 2012. This was largely due to an increase in revenue and a reduction in impairments as the non-performing accounts were all transferred into a special purpose vehicle.
The Zimbabwe unit recorded an attributable profit of US$13 million, 14 percent higher than the US$11.6million in the prior year.
“Despite the challenging operating environment during the year, the subsidiary recorded growth in revenues which was only negated by higher impairments,” the group said in a statement accompanying the financials.
It said the Zimbabwe operation would maintain a conservative lending approach this year because of liquidity constraints.
The group has a primarily listing on the Botswana Stock Exchange and a secondary listing in Zimbabwe.Advertisement