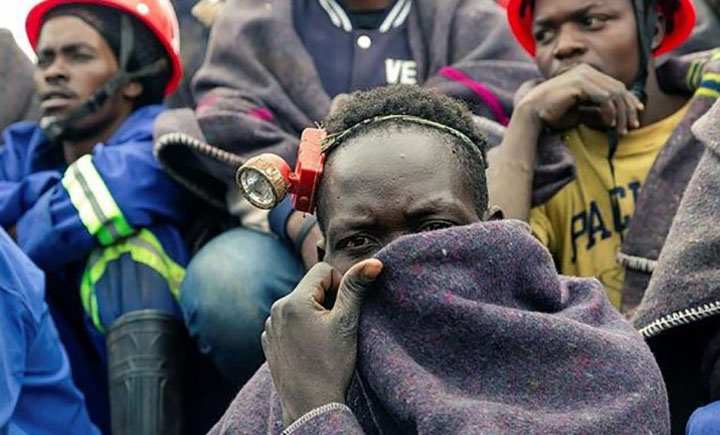 Fellow miners have been using their bare hands to remove debris in an effort to free some 40 gold miners who have been trapped for a week, a spokesperson for Liberia’s disaster management agency said on Sunday.

Authorities are now trying to arrange for an excavator to help in the rescue effort in Gbonipea, located in northeastern Liberia’s Nimba county, said Archievego M Doe, spokesperson for the National Disaster Management Agency.

The miners became trapped after a sudden soil collapse on February 10. Already seven bodies have been recovered and the government has declared Monday a national day of mourning.

“The gold mine is inaccessible and so the manual effort is proving difficult to get to the trapped easily,” Doe said.

Initially rescuers had been fearful of using heavy equipment because it could hurt or unknowingly kill those trapped alive underneath.

There were signs, though, that the rescue effort was turning into a recovery one. The health ministry was conducting “disease surveillance for possible outbreaks of air-borne or water-borne diseases.” Other residents reported a strong stench from the area where the miners have been trapped.

About 10 people are believed to have survived the soil collapse at the mine, and were treated for broken bones, cuts and dehydration, medical officials have said.

Amid the weekend rescue effort authorities also deployed police and military to the area, where they arrested 65 illegal gold miners who had resisted the presence of authorities.

Regional authorities had previously tried to shut down the gold mine because of the dangers it posed. But in a region with widespread poverty, many still risk death to take part in illegal mining.