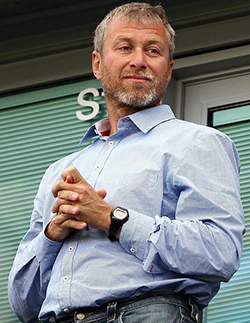 A MOBILE phone app that allows users to send music to each another for free has raised $30 million from private investors including Russian billionaire and Chelsea soccer club owner Roman Abramovich.
Music Messenger, co-founded by Israeli entrepreneur O.D. Kobo and launched seven months ago, said on Tuesday Abramovich had invested $15 million.
Other backers included Benny Andersson from pop band ABBA, artists David Guetta, Will.i.am and Avicci, and Gee Roberson, manager of Nicki Minaj, who is also an investor.
Music Messenger allows users to create multiple playlists and send music to each another’s mobile phones for free.
It is widely used as a promotional tool by the music industry as users get introduced to many songs.
The company has raised $35 million in total and is valued at more than $100 million, it said.
The app is attracting 1 million new users per month and is available in 10 different languages.
It plans to launch in China over the summer and is also focusing on Brazil, Russia and India.Advertisement