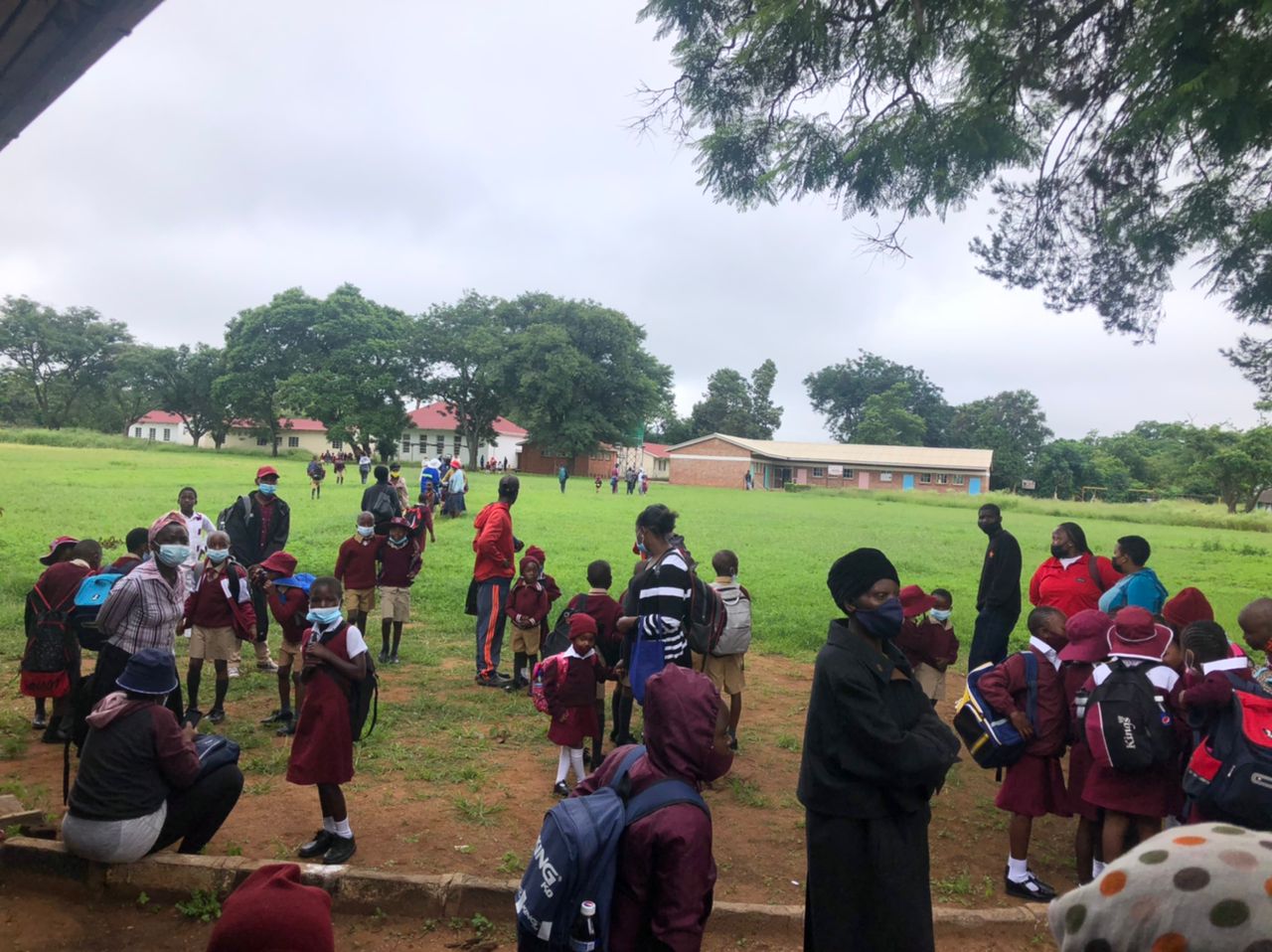 PRIMARY and secondary school pupils returning for the first term of 2022 were turned away from schools around the country Monday by clerks and security guards after over 90% of teachers and headmasters heeded calls by their unions to strike.

Currently, a teacher earns around ZW$30 000, which is equivalent to US$150 on the black market.

Progressive Teachers Union of Zimbabwe (PTUZ) President Takavafira Zhou said 90 percent of their members did not report for duty on the opening day.

Zhou said the industrial action was a result of government’s arrogance and poor attempts at ‘fire fighting’ each time schools are set to open.

“Our current statistics show that 90% of teachers have not turned up for work, there are indications that teachers in private schools and former Group A schools mostly in urban areas have turned up for work because of lucrative incentives given by parents against standing regulations,” Zhou said

“It is clear that schools cannot continue on this trajectory where the majority are not functioning. Some teachers who turned up gave warped justification that they were trying to break the long holiday but would be joining trenches tomorrow. What is clear is that teacher unions notified the employer of teachers’ incapacitation and teachers’ action is legally covered,” he said

“It is the employer that has been arrogant, prevaricating and engaging in firefighting antics of pretending to be negotiating only when schools open yet it had a protracted period when schools were closed when it was evading engagement with teachers,” he added.

In Bulawayo Lozikeyi Secondary, Mahlabezulu and Hugh Beadle schools were completely shut down.

At Hugh Beadle. the only office which was functioning was the bursar’s.

In Harare, some parents in high density areas had altercations with security guards who had denied their children entrance into school premises.

In Chiredzi, some teachers pitched up for fear of being labeled opposition supporters.

“Only three out of 20 teachers showed up to work today and nothing is happening. We are just there because we fear being labeled Citizens Coalition for Change (CCC) supporters if we do not go otherwise there is no learning happening,” said a school head who requested anonymity.

The Amalgamated Rural Teachers Union (ARTUZ) president Obert Masaraure said: “Teachers stuck to their guns and refused to report for duty. Learners were also battling to make it to school and those who managed to make it were turned away as there were no teachers to attend to them.”

“It is apparent that no teaching and learning took place in over 96% of schools. The Union implores the anti people Professor Mthuli Ncube to dump the ruinous austerity measures and rescue the education sector from collapse. He is committing an academic genocide and destroying a whole generation. Barring the poor from accessing education is a sure recipe for entrenching inequality and sowing seeds of future conflict,” he said