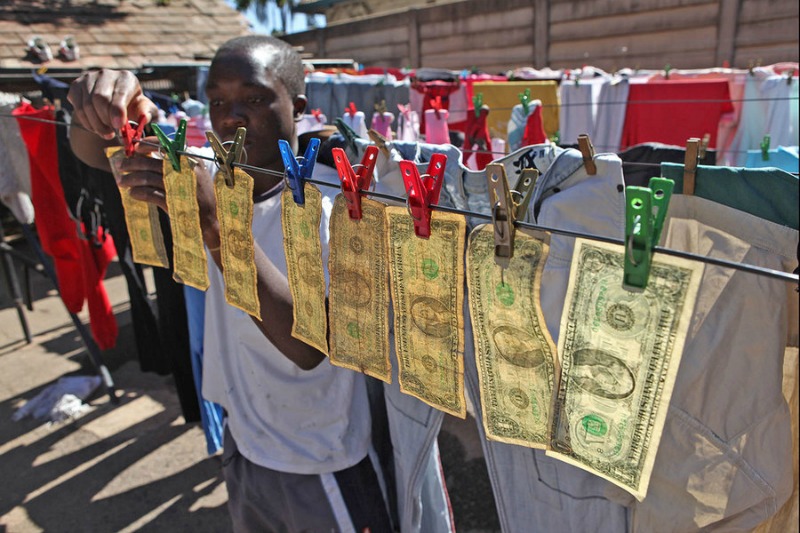 THE Reserve Bank of Zimbabwe (RBZ) governor, John Mangudya has urged retailers and other traders to accept both old and worn out US dollar bank notes as legal tender.

The central bank chief’s plea follows continued difficulties people in possession of US dollars are facing each time they try to trade using them old and worn out US dollar notes.

Some enterprising middlemen have since stepped in and are buying the torn bank notes, which they either deposit into their bank accounts or simply exchange them in banks on a 1:1 scale.

The denial of torn notes has also created a shortage of smaller US dollar denominations with customers failing to purchase certain goods or pay for services due to lack of change for higher denominations tendered.

“As already advised by the US Embassy in Zimbabwe in its tweet on 16 November 2020, the Bank wishes to inform and restate the position of the US government that US$ notes do not expire no matter their age, and the US government does not even consider old, worn notes to be mutilated as long as than half of the note is intact, and the value of the note is clear,” Mangudya said.

Harare re-introduced the use of foreign currency for domestic transactions in March this year in what was seen as a bid to tap into private foreign currency as the country geared for the battle against the novel coronavirus.

Meanwhile, the Zimbabwe dollar remained stable, closing Monday’s RBZ auction trading at a rate of $81.78 against US$1.

Since the launch of the auction platform in June this year, exchange rates have remained stable at premiums of around $80 against US$1 for most part of the half year.

A trading update released at the close of trading shows that the main auction received 237 bids and rejected 10.

Raw materials, machinery and equipment, consumables, services, retail, and fuel received the highest allotments between US$2.5 million to US$13.3 million.

On the Small to Medium Enterprises segment 129 bids were received, nine were disqualified with a total US$1.6 million being allotted.

Raw materials were allotted US$503 000 with machinery and equipment, consumables, services, fuel and pharmaceuticals receiving between US$133 000 and US$300 000.

A grand total of US$29.5 million was allotted for both the Main and SME auctions.

The central bank closed the auction platform for this year and will hold the next post-festive season auction on 12 January 2021.