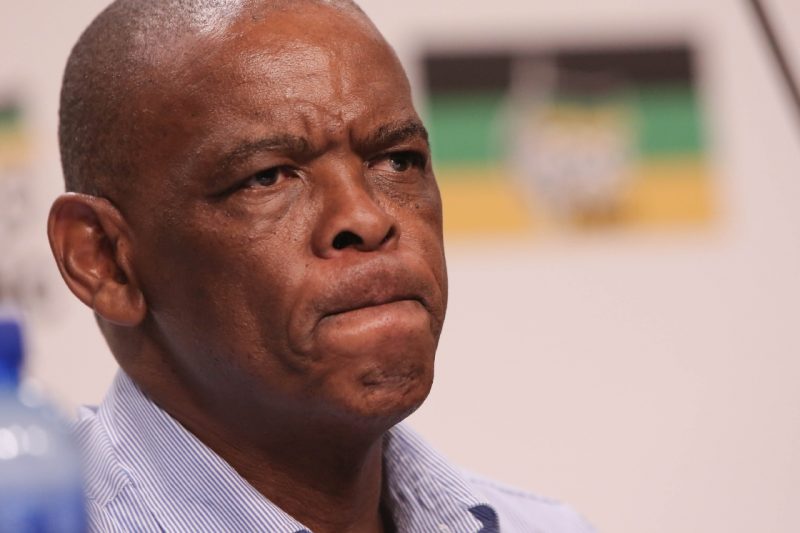 From the outset, some members charged that his presence rendered the meeting “not properly constituted”, calling for his exclusion from the meeting.

Sources in the meeting said Magashule was not invited and had no right to attend because he remains on suspension. Insiders said that even though he has appealed, his suspension stands because the appeal structure has not been set up yet.

The top six met on Friday afternoon to decide whether Magashule should attend the NEC. It appears they were unanimous in deciding against inviting him.

His deputy Jessie Duarte explained that the party’s top officials had indeed received Magashule’s appeal Thursday but this was yet to be considered.

After much toing and froing, ANC national chairperson Gwede Mantashe closed the discussion saying the party’s constitution dictates that during the period of suspension, a member is precluded from exercising any rights in terms of this constitution, except to prosecute his or her appeal or review their application.

A defiant Magashule told the SABC on Friday that he remained in his position and that he would attend this weekend’s crucial NEC meeting. He slammed the NEC as being dominated by a faction led by President Cyril Ramaphosa.

He said the ANC had lost its character, to the point that at NEC meetings its members now ask for a vote to settle debates — a practice he says is foreign to the party.

Magashule was suspended this week after he failed to step aside at the end of the 30-day period stipulated by the party.

After his suspension, Magashule hit back by writing a letter of suspension to Ramaphosa, a move that has angered the president’s supporters.

Ramaphosa is said to have told the ANC caucus in parliament on Thursday that he was taken aback by the letter.

The meeting also spent most of Saturday morning discussing the wisdom of holding the meeting virtually.

Members charged that at its last meeting, the NEC had resolved to hold its meetings physically because of the leaking of discussions in recent meetings. T

hey demanded answers from Mantashe as to why that resolution was ignored by the secretary-general’s office [SGO] which runs the administration of the party.

Mantashe said online meetings were “more secure” in the context of the Covid-19 pandemic.