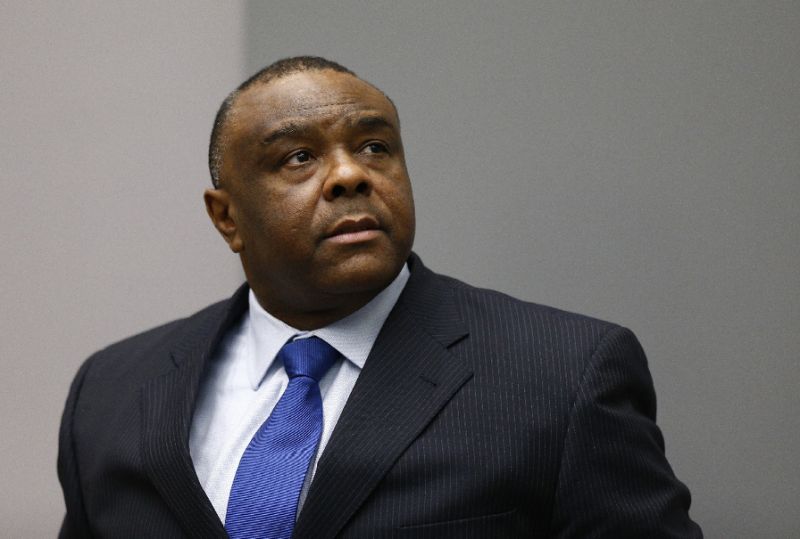 FORMER Democratic Republic of Congo vice president Jean-Pierre Bemba has arrived in Belgium after being acquitted on appeal of war crimes, the International Criminal Court said on Friday.

The one-time rebel leader, who had already spent a decade behind bars, was “released provisionally under specific conditions,” the Hague-based court said in a statement.

In a surprise decision, judges last week overturned the 2016 verdict against Bemba and quashed his 18-year prison sentence, saying he could not be held criminally liable for crimes committed by his troops in the Central African Republic in 2002-2003.

According to a source close to the case, Bemba left the ICC detention centre on Wednesday but remained under the supervision of the court pending approval from Belgian authorities for him to join his wife and children in Brussels.

A lawyer for Bemba confirmed that he was in the country.

Bemba’s wife and children are believed to be living in a villa in the suburb of Rhode-Saint-Genese, some 15km south of Brussels, where he was originally arrested in May 2008 at the ICC’s request.

Judges had initially found Bemba guilty on five counts of warcrimes and crimes against humanity committed by his private army during a five-month rampage in the neighbouring CAR where they committed murder, rape and looting.

The 18-year sentence was the longest ever to be handed down by the court and was the first trial to determine whether a military commander bore responsibility for the conduct of troops under his control.

Bemba’s interim release relates to a separate case in which he was handed a one-year jail sentence and fined $350 000 in 2017 for bribing witnesses during his main war crimes trial.

He lost an appeal against that sentence and the ICC is yet to decide on a new jail term, which carries a maximum of five years.