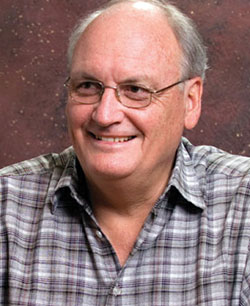 AFRICAN Consolidated Resources (AFCR) will seek to raise over $20 million to restart Dalny Mine after signing a conditional agreement to buy the gold mine from Falgold, and to begin production at its two flagship projects, the company said on Monday.
AFCR said Dalny is proximal to both its flagship Pickstone-Peerless Gold Project and its Gadzema Gold Project in Zimbabwe, and will acquire the mine for a net cost of $8.5 million.
The company intends to raise approximately $18 million though a mixture of debt and equity in order to bring Pickstone into production, finance the acquisition of Dalny and support general corporate purposes.
“This is a potential game-changer for AFCR with considerable blue-sky opportunities,” said the chief executive, Roy Pitchford in a statement.
“We have already identified a high grade, low cost gold resource at Pickstone and I am encouraged by our low-risk profile due to the low cost of production and conservative mining methods.
“Subject to financing and completion, this acquisition will further enhance the already attractive economics of Pickstone, and strengthen our existing platform so that AFCR can play a meaningful role in the resurgence of the Zimbabwean gold sector.”
Under the Mining Plan, initial works at Pickstone and Dalny to prepare for mining and processing are projected to take two months from completion of funding arrangements, with mining starting in the third month, processing in the fourth month and gold production in the fifth.
The milling capacity at Dalny is 20,000 tonnes per month and the tankage facility is 60,000tpm.  Pitchford said if the company’s purchased ball mill currently stored in Europe were brought to Dalny, production could be doubled.
Dalny Mine, which has a lifespan of 19 years was put under care and maintenance by Falcon on August 30 last year due to operational and labour issues.
In the full year to September 30, the Dalny division incurred a loss before tax of $11.3 million, but, since the shutdown of the mine, the Division has greatly reduced its operating loss.
“The Board does not consider that the past results of the division are representative of future operations as AFCR is not currently proposing to reopen the Dalny Mine itself in the near to medium term, but use the existing processing plant and mining equipment to process ore from AFCR’s existing Pickstone mine,” Pitchford said.Advertisement

AFCR is an AIM listed junior resource development company focused on Zimbabwe, Zambia and Mozambique but is based in the United Kingdom with projects covering gold, nickel, platinum, copper, phosphate and diamonds.
Falgold said it expects to get $2,5 million in net cash after the tansaction.
In addition to Dalny, Falgold owns Golden Quarry and Venice mines and recently indicated that it was looking for more opportunities in the country.