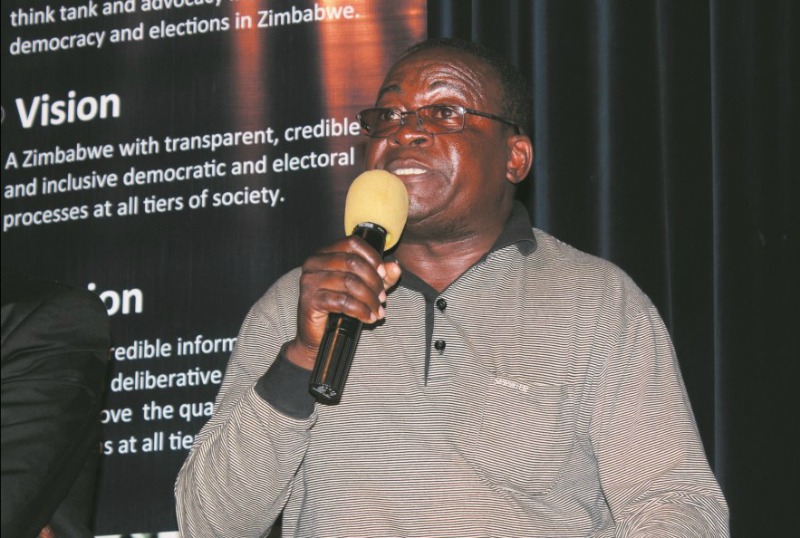 Writing on his Twitter handle recently, the former Zanu PF loyalist said Mnangagwa was well known for chanting his favourite slogan “the voice of the people is the voice of God”.

Accordingly, he said, Mnangagwa should listen to the voice of thousands of locals who staged countrywide protests inside the last two weeks to demand his resignation.

“I’m praying for Ngwena (President Mnangagwa) to honour his word. Gushungo (Mugabe) had already cleared the path. You just need to follow him since you were his closest ally,” said the former Mwenezi legislator, who was ousted along with several Zanu PF bigwigs when the party’s factional wars exploded in 2014.

In a later interview with NewZimbabwe.com, the now National Patriotic Friont politician said. “‘The voice of the people is the voice of God’ is a catchphrase Mnangagwa said in reference to the ousting of Mugabe in 2017.

“He was saying that since the people had demonstrated against Mugabe, Mugabe was supposed to obey and leave office.

“Now that people overwhelmingly staged a successful shutdown in protest against his rule, he should do exactly what his predecessor did, leave office!”

Mugabe was forced to resign in November 2017 after being put under siege by the country’s military irked by his decision to fire then Vice President Mnangagwa for alleged insubordination.

The tempestuous demonstrations on the last fortnight coincided with a national job stay away which was called by the Zimbabwe Congress of Trade Unions and some local citizen movements.

Angry citizens barricaded roads with stones and burning tyres, among other acts of public unrest, in protest over a government decision announced by Mnangagwa to hike prices of fuel by more than double.

Locals demanded Mnangagwa’s resignation after his new tenure has been off to a chaotic start in what has seen the incomes of many whittled down by skyrocketing prices of goods and services.

Mnangagwa has been slammed by both his compatriots and foreigners for allegedly displaying Mugabe’s dictatorial traits which are coupled with lack of accountability to citizens and state institutions.