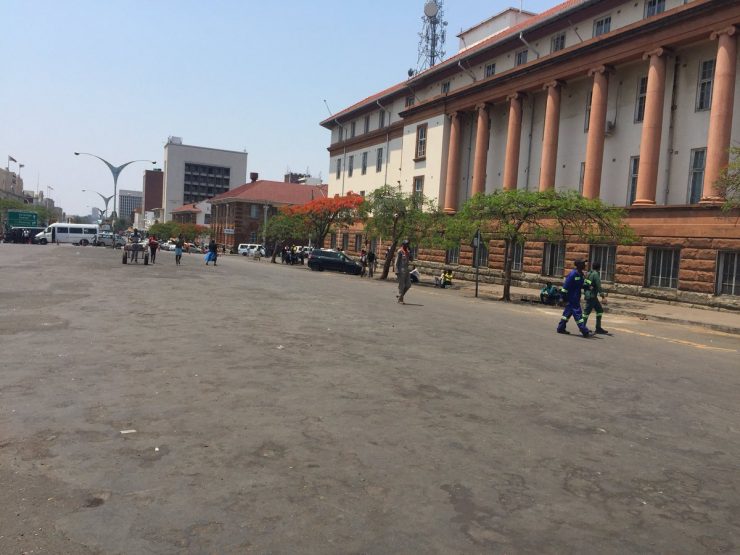 ACTING Chief Magistrate, Munamato Mutevedzi has bemoaned the congestion at the Tredgold government building in Bulawayo.

The magistrate said the jamming was affecting judiciary service delivery at the Bulawayo Magistrates’ Courts, which is also housed at the same property.

“It is not members of the Judiciary Service Commission who occupy this building only. There is quite some massive overcrowding in this building because there are various departments that occupy it,” he said.

“It was our hope that if resources are permitting, the other challenges having been overcome, measures be taken to decongest the building so that it becomes a better working environment for the JSC staff.”

Mutevedzi told the ministers and Malaba that as a result of the overcrowding at the building, some illegal activities were happening in and outside to the building.

“We do not know at times who comes in. We cannot even enforce the stop and search measures that we do at other courts because many offices are housed here. The situation is worsened by illegal money changers who operate outside the building,” said Mutevedzi.

The Chief Magistrate also urged the government to expand the Labour Court.

He was concerned that JSC staff was failing to get parking space due to overcrowding.

Responding to the challenges raised, Minister Moyo said his ministry will consider the magistrate’s proposal.

“I do not know when Matabeleland North provincial minister will move out of Mhlahlandlela Building but this will give us a window of opportunity to re-look at all these offices that are here at Tredgold building.

“As they move out, I hope we can leave the core departments that are linked to justice such as registrar general, deeds office, remain housed here while others move to Mhlahlandlela when the Matabeleland North provincial leadership move to Lupane,” Moyo said.

Malaba and the two ministers were on a tour to appreciate the challenges faced by the courts.