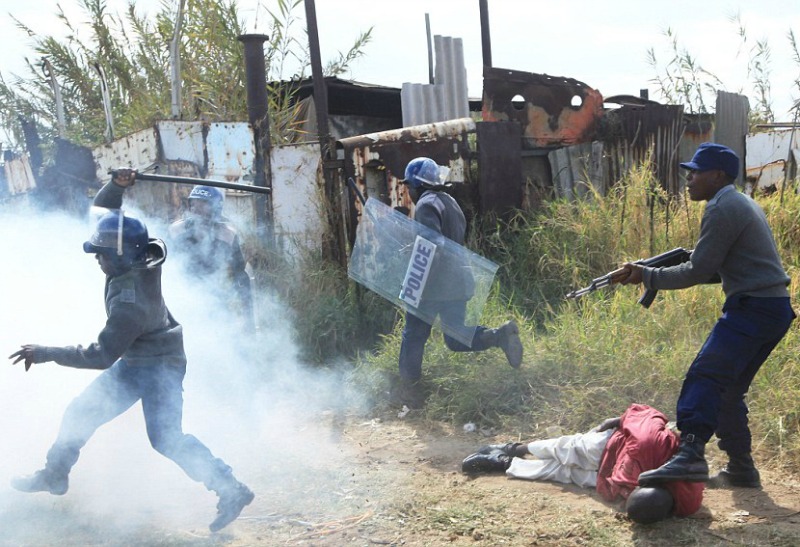 FIREBRAND political activist and now MDC-T politician, Lynette Mudehwe has finally been paid RTGS$6 000 in damages by police who brutally assaulted her during a street protest some two years ago.

Mudehwe, through the Zimbabwe Lawyers for Human Rights, had filed a court application demanding the incarceration of Home Affairs Minister Cain Mathema and Commissioner-General of Police Godwin Matanga for failing to comply with a court order to pay her RTGS$6 000 compensation.

The order was granted by the High Court in December last year.

Mudehwe suffered the ordeal during a protest by activists against then state Vice President Phelekezela Mphoko’s year-long stay in an upmarket hotel at the expense of the tax payer.

Mudehwe sued Mathema and Matanga in their official and individual capacities.

The activist had also cited Finance Minister Mthuli Ncube as one of the respondents.

She however did not demand the Treasury boss’s incarceration over the issue.

The money was paid on March 13.