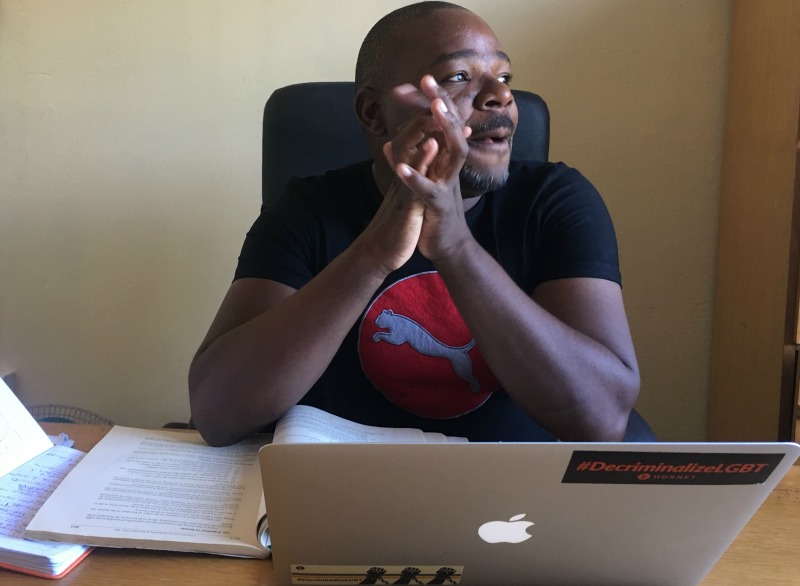 ZIMBABWEAN gays and lesbians are finding it difficult to find love and most of them are reportedly living lonely lives, a gay rights activist has revealed.

Gays and Lesbians Zimbabwe (GALZ) programs manager Sam Matsikure told NewZimbabwe.com in an exclusive interview this past week that, “They struggle to find relationships”.

“They are lonely. Worse off as they grow older because they don’t go to places where young people often go and get hooked up,” Matsikure said.

“I am talking about people who are in their 30s, 40s, 50s and 60s. They become so lonely and worse off, if they have come out of their family set-ups and have been disowned over the years.”

Matsikure was quick to add that gay relationships are not always about sex.

“Sometimes people just don’t look for sexual partners, but finding someone they can relate to; at a relations level or spiritual level,” he said.

“It’s not always about sex just for the sake of it. When people hear that I am gay, all what they think about is that I am having sex, with who and where.”

Matsikure went on to dismiss the notion that gays and lesbians would just approach any man or woman they meet on the streets and start proposing love.

“Finding love is something that just happens. You don’t plan for it,” he said.

“One thing that I want to be clear about is that people don’t look and say ‘I want that one’, but there is the magic portion, that process to your path and then you find yourself attracted to that guy or that girl.

“It’s magical. That’s the way it happens. Just like what happens with straight people, you could meet someone on the streets and simply catch their eye and you look at each other and then just like, you click. You hang out and the next minute you are like ‘let’s continue hanging out and see how it goes’.”

Matsikure said it was disheartening that over the years, people look at their community as just men having sex men (MSM).

“In our conversation in the last 30 years, people always look at us with the sex lenses. But they also don’t realise that we are also in stable relationships and people have managed to keep those relationships that are normal and not premised on sex only,” he said.

“But what I know, in the streets, it’s not as easy as what straight people do.

“But what they struggle with over the years is depression and suicidal ideation.”

Most Zimbabwean gays and lesbians still find it difficult to come out in the open over their sexual orientation because of a society that has remained conservative and has leaders who have openly criticised them.

Former President Robert Mugabe called them “worse than dogs and pigs” while current President Emmerson Mnangagwa has largely refrained from passing any public comments about the gay society.