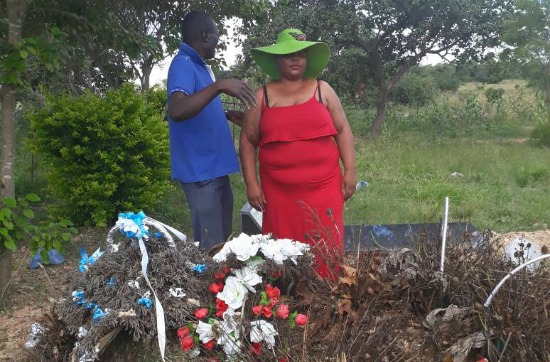 Musarurwa, who described the death of the late opposition leader as her saddest day in jail, said she had to make the lonely journey to the village because it was still hard for her to believe that Tsvangirai was no more.

The former trade union leader and democracy servant who visited Musarurwa in jail died on the 14th February after a long battle with colon cancer.

Musarurwa, who was sentenced to 20 years in jail for the murder of Inspector Petros Mutedza, was among the 3000 ex-convicts pardoned under the presidential amnesty recently.

“When I heard about the death of Save (Tsvangirai) while I was in jail, I can say this was the saddest day of my political life because our relationship was that of father and daughter,” Musarurwa told New Zimbabwe.

“Our relationship dates back to 1999 when he visited our local area Budiriro 5 low density suburb during his Meet the People tour when I ran and gave him a hug.”

“That’s when my bond with the late started and every time when my father used to attend Workers Day and MDC political rallies, I would accompany him and would make sure that I sat closely behind him,” said Musarurwa.

She went on to say that it was through the late opposition leader’s charisma and courage that her activism grew. She said while she was in Form 3 at Mufakose High School in 2003 when Tsvangirai was at the forefront of the final push campaign, she also led a final push on the school headmaster, David Paul Makanza nicknamed ‘The Bulldog’, because of his ruthlessness towards students.

“And when I was incarcerated Tsvangirai would visit me in prison and he would motivate me to stay strong, saying this is what political leaders go through,” she said.

“Even after his first visit I started mobilising inmates to join the MDC-T to fight for democratic change once they were out of prison.”