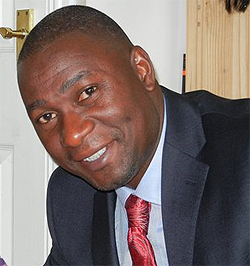 CIVIC society organisations pushing for media reforms have dropped their challenge against the legality of the Broadcasting Authority of Zimbabwe (BAZ).
The development was confirmed during a community radio initiative meeting held in Harare Monday by Koliwe Nyoni, a Media Institute of Southern Africa official.
Activists have long questioned the legality of the Tafataona Mahoso-led BAZ and also slammed the organisation for failing to open the country’s airwaves to independent players.
BAZ came under fire after it awarded two national commercial radio licences to ZiFM and Star FM which are owned by organisations and individuals with close ties to President Robert Mugabe and his Zanu PF party.
Activists also expressed concern over Mahoso’s dual role at BAZ and the Zimbabwe Media Commission where he is chief executive saying this undermined media freedom.
But unity among the activists appears to have broken in recent months with some groups initially opposed to the organisation congratulating BAZ for issuing licences to Star FM and ZiFM.
“The issue of BAZ is critical,” said Nyoni.
“We have allowed the body to licence Supa Mandiwanzira’s ZIFM and Star FM which is owned by the Zimbabwe Newspaper Group. We have seen some of the people opposed to its legality congratulating the radio stations which were licenced by BAZ.
“We have seen them even advertising and going to the same radio stations. This issue was relevant during the tenure of the inclusive government when it was written down under the GPA. It was ignored during that time and because it is there its legality remains critical.”
BAZ recently invited applications for new radio licences around the country.
The opening up of the country’s airwaves, long-dominated by the state-run and Zanu PF-supporting Zimbabwe Broadcasting Corporation, was one of the issues which divided the last coalition government.
Morgan Tsvangirai’s MDC-T party cites the issue among a host of complaints about the conditions under which the July 31 elections were held.Advertisement