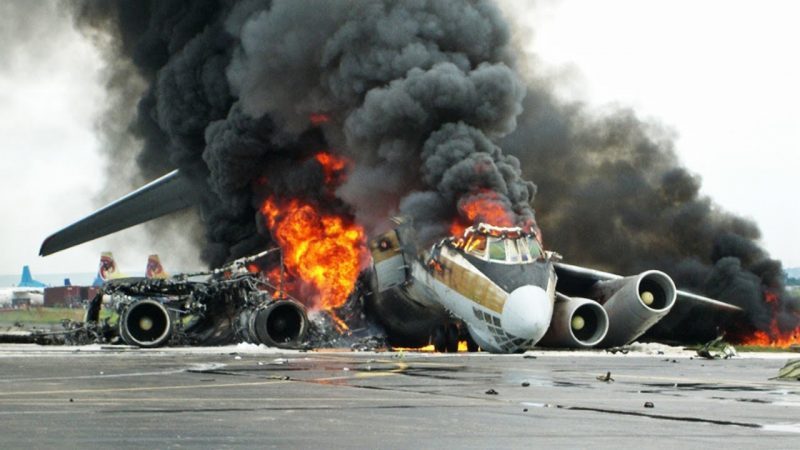 Russian investigators are considering pilot error as a possible cause of the crash which killed 41 people on board an Aeroflot airliner at Moscow’s Sheremetyevo airport.

Crew members and passengers say the Sukhoi Superjet-100 was struck by lightning in the air, which knocked out communications with ground control.

But the high-speed landing of a fuel-laden jet was not normal practice.

It is not clear who the unidentified Russian officials are, in the clip broadcast on Twitter.

A statement from the Sheremetyevo airport management said the officials belonged neither to the airport company – called AO MASH – nor to Aeroflot.

The statement demands punishment for the officials in the clip, accusing them of breaching professional ethics.

Amid laughter one of them is heard saying “it landed all right, with a little flame” while the TV monitor shows the jet engulfed in an inferno.

Two black box flight recorders were recovered in reasonable condition, and are being examined. But the results will not be known for a few weeks.

Russia’s transport ministry has decided against grounding Superjet-100s, saying there is no obvious sign of a design fault.

But some aviation experts are asking why a lightning strike knocked out the plane’s communications – something that should not normally happen, as modern jets are designed to withstand storms.