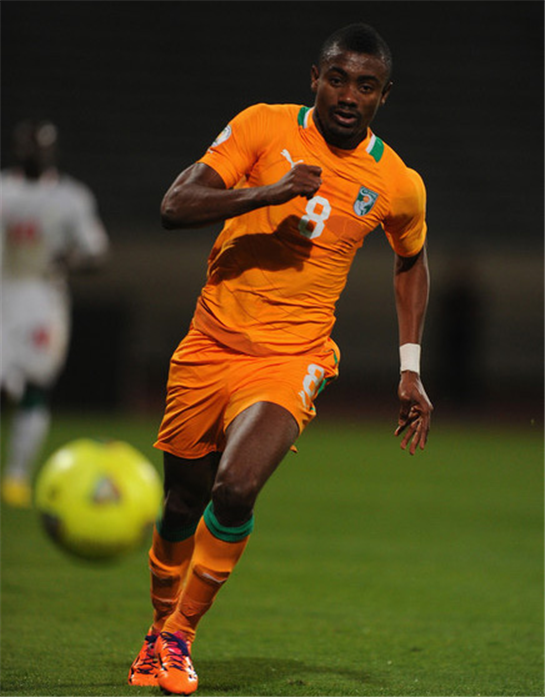 Ivory Coast 3-4 DR Congo
THE Democratic Republic of Congo (DRC) denied Ivory Coast early qualification to the 2015 Africa Cup of Nations after a 4-3 away win in Abidjan on Wednesday night.
The result was a major blow for Ivory Coast in the race to qualify for next January’s finals in Morocco after suffering a rare competitive home loss.
Moreover, the win came on the back of a 2-1 away win over DR Congo last Saturday in Kinshasa after seemingly turning the corner a month after losing 4-1 away to Group D leaders Cameroon.
Ivory Coast drop to third place on six points, tied with DR Congo, who return to second place on goal difference.
The duo are four points behind leaders Cameroon, who are unbeaten on ten points.
Meanwhile, Cote d’ Ivoire must now beat bottom-placed Sierra Leone away on November 15 to reclaim second place and will be banking on Cameroon to beat DR Congo that same weekend to make their qualification hopes easier.
Zambia revive qualification hopes
ZAMBIA’S hopes of qualifying for the 2015 Africa Cup of Nations is back on track after a 3-0 win over Niger in Ndola on Wednesday.
A second half storm inspired Chipolopolo to their first Group F win after a 270 minutes in which they picked up just two draws and were lying on the brink of elimination with three games to spare.
Zambia move up to five points from four games with two matches left to play on the road.
South Africa held by Congo Republic
BAFANA Bafana missed out on the chance to qualify for the 2015 Africa Cup of Nations with two games to spare after they were held to a goalless draw by Congo Republic at Peter Mokaba Stadium in a rainy Polokwane on Wednesday night.
Shakes Mashaba’s young team remain top of Group A and very much on course to qualify for the finals in Morocco, but they will be disappointed with their performance in this match, having beaten the same opponents 2-0 away from home at the weekend.
Ghana extend lead with Guinea win

GHANA turned on the heat in style to beat Guinea 3-1 in the reverse qualifying fixture of the 2015 Africa Cup of Nations qualifier on Wednesday.Advertisement

Substitute Emmanuel Agyemang-Badu scored the third goal to settle the tie and ease tension at the fully-packed Tamale Stadium and ensure the Black Stars move two points clear in group E.
Ghana will face Uganda next away before hosting Togo at home to confirm their qualification to Morocco 2015.
Cape Verde beat Mozambique
A second-half strike from Heldon secured a 1-0 win for Cape Verde over Mozambique in an 2015 Africa Cup of Nations qualifier at the Estadio Nacional de Cabo Verde in Praia on Wednesday.
The Blue Sharks now know a win against Niger next month will book their place in next year’s finals.
Cape Verde next face Niger while Mozambique will host Zambia in a clash that could ultimately decide who qualifies for next year’s finals.
FULL RESULTS
Wednesday: South Africa 0-0 Republic of Congo, Mali 2-3 Ethiopia, Egypt 2-0 Botswana, Ivory coast 3-4 DR Congo, Angola 4-0 Lesotho, Nigeria 3-1 Sudan, Cape Verde 1-0 Mozambique, Cameroon 2-0 Sierra Leone