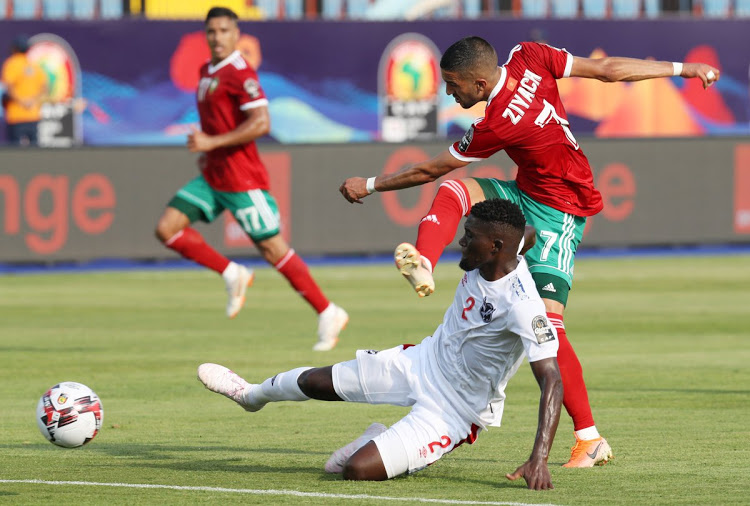 Morocco opened their 2019 Africa Cup of Nations campaign with a 1-0 win over Namibia in Cairo.

From a long-way out, Nabir Darir drew Namibian goalkeeper Lloyd Kazapua into a finger-tip save after 10 minutes following a decent strike.

Namibia rose up afterwards and made a strong end to the half, as the North Africans struggled to hit their stride.

Played at a slow tempo, the second half got off to a lively start as Morocco knocked fervently on the door.

This led Morocco to make a change after 57 minutes, with Soufiane Boufal replacing Mehdi Bourabia in the final third.

Boufal immediately went into the swing of things, with a low attempt that posed little issues to Kazapua though.

As the Brave Warriors looked settled for a draw, the Atlas Lions secured victory in the final minute after Itamunua Keimuine bundled Ziyech’s free-kick into his own net.