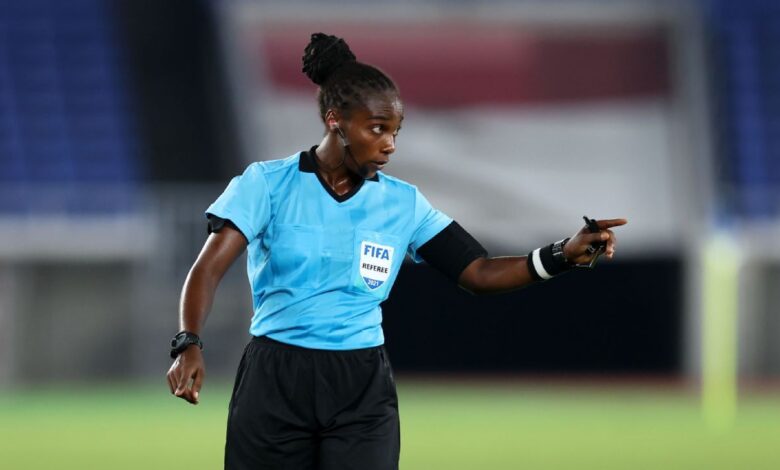 Salima Rhadia Mukansanga will make history on Tuesday when she will referee the 2021 Africa Cup of Nations (AFCON) match between Zimbabwe and Guinea.

The Rwandan-born will become the first woman to referee a game at the AFCON. The 35-year-old is part of the all-women quartet picked for the match at the Ahmadou Ahidjo Stadium in Yaounde. They will also be the first all-women team official since the inception of the tournament.

Earlier, Mukansanga had made history as the first woman to officiate a game at the continental showpiece when she served as the fourth official in the tie between Guinea and Malawi in Bafoussam.

Mukansanga’s feat has been described as historic by the Confederation of African Football (CAF).

According to the organisation’s Head of Referees, Eddy Maillet, the development is a testament to CAF’s commitment to investing and improving the standard of refereeing in Africa.

“We are super proud of Salima because she has had to work exceptionally hard to be where she is today,” she told Caf Online.

“We know that for a woman, she has had to overcome serious obstacles to reach this level and she deserves a lot of credit. This moment is not just for Salima but for every young girl in Africa who has passion for football and who sees herself as a referee in the future.”