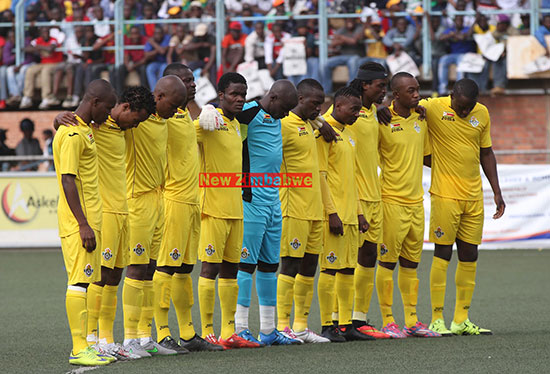 THE Zimbabwe Warriors will get $475,000 for appearing at the 2017 African Cup of Nations finals in Gabon in January.
According to the Confederation of African Football (Caf), the Warriors will get the $475,000 even if they finish bottom in their group. The continental soccer controlling body said they will release part of the money before the start of the tournament.
In a letter to all national associations advising them of the increase in prize money for the tournament, Caf said:
“In view of the decision made by the Caf Executive Committee during its meeting held in Cairo, Egypt on September 27, 2016, Caf hereby informs you of the update of the Revenues Grid detailing the allocation of revenues for national teams and clubs taking part in the final phases of the Caf competitions during the four-year cycle, 2017-2020.
“The Grid has been revised upwards taking into consideration the renewed agreement reached with our agencies in charge of commercialising TV and marketing rights of Caf competitions.”
The letter adds: “The allocations below are applicable as from January 2017.
“Additionally as a policy matter, Caf will usually transfer to each team, prior to the beginning of the final tournament, 50% of the revenue allocated to teams finishing fourth in their groups in order to facilitate the teams’ preparations.”
A team that finishes third in the group will pocket $575,000 while the quarter finalists will walk away with $800,000.
The semi –finalists will go to the bank with a $1,5m pay cheque with runners up set to receive $2m. Winners of the tournament will pocket a $4m pay cheque up from $1,5m.Advertisement