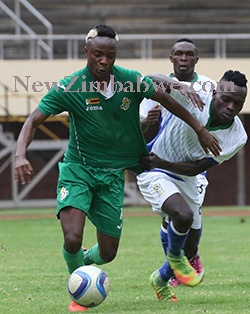 TANZANIA coach Charles Mkwasa has urged the Warriors to roll up their sleeves ahead of the 2017 African Cup of Nations finals in Gabon in January warning that Zimbabwe will be up against the giants of African football.
The Taifa Stars coach watched his charges get hammered 3-0 by the Warriors in an international friendly match at the National Sports Stadium on Sunday.
Belgium-based forward Knowledge Musona, Sweden-based Mathew Rusike and Nyasha Mushekwi, who is based in China, scored the goals that counted for the Warriors to tie up the match.
The game was part of the Warriors preparations for the Gabon tournament.
Said Mkwasa: “The game was good. The Zimbabwe team has been together for some time and they capitalised on our mistakes.
“We learnt something from Zimbabwe. But they have to work hard as they prepare for the Afcon. Our team was very weak but they will meet strong teams at the Afcon.”
The Warriors were drawn in group B which also has Senegal, Algeria and Tunisia. It is widely seen as the group of death.
Zimbabwe have never qualified for the quarter finals since they participated at the 2004 edition in Tunisia under Sunday Chidzambwa.
MORE IMAGES FROM SUNDAY’S GAME