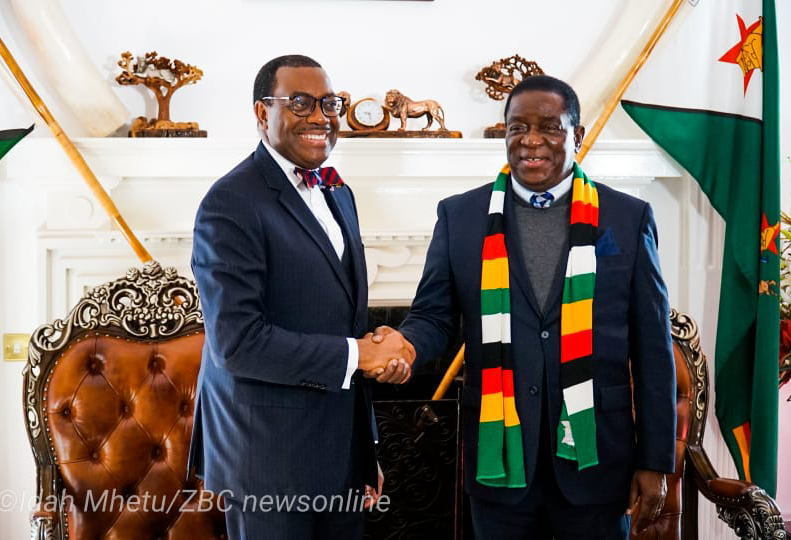 THE African Development Bank (AfDB) has injected a total US$25, 65 million grant drawn from the Transition Support Facility to enhance domestic domestic food production as well as mitigating against a possible food crisis.

The funds were drawn from the African Development Fund, a concessional arm of the AfDB Group which granted the country an exemption from debt-related eligibility criteria, given the severity of its circumstances.

Under normal circumstances the Southern Africa nation would not qualify for the grant because it remains in arrears.

The development comes shortly after the AfDB president, Akinwumi Adesina committed to assist Zimbabwe with a strategy to clear off its US$13,5 billion debt owed to external financiers.

A fortnight ago, the World Food Program added Zimbabwe to the list of countries with hunger hotspots following a bad agricultural season due to poor rains received last year.

“This $25.65 million project aims to mitigate the food insecurity situation in Zimbabwe, which results from a poor agriculture season due to rainfall deficits and the impacts of the Russia/Ukraine conflict. The conflict has contributed to a sharp rise in commodity prices, including food and farm inputs, such as fertilizer and seed.

“This project is in line with the Bank’s Zimbabwe strategy to support the private sector and agriculture productivity and sustainability as well as developing related value chains,” said Leila Mokaddem, the Bank’s Director General in southern Africa.

Under the initiative , the African Emergency Food Production Facility will distribute certified seeds and fertilizer to 180,000 beneficiaries, including around 70,000 women, in the eight farming provinces of Zimbabwe, namely Mashonaland Central, Mashonaland West, Mashonaland East, Manicaland, Masvingo, Matabeleland North, Matabeleland South and the Midlands.

It will make use of ICT-based platforms and the existing private sector-based distribution channels.

Maize production is expected to increase from two to four metric tons per hectare.

High-yielding varieties of oil seeds (soybean and sunflower) are expected to produce an additional 40,000 hectares, targeting a total output of 400,000 metric tons.

The farming inputs will be delivered to beneficiary farmers through innovative financing, using a transparent and accountable electronic platform. To improve efficiency and productivity, it will employ extension systems based on the AfDB’s Technologies for African Agricultural Transformation initiative (TAAT) which has boosted agricultural output in several countries.

The World Food Program has identified Zimbabwe as one of 20 countries globally that need the most urgent support due to rainfall deficits that cut 2022 cereal production below average and caused permanent crop wilting in four provinces.

The project will also support the Zimbabwean government’s implementation of agriculture and trade policy reforms that create an enabling environment to support market-led input distribution and import and export markets.

The Ministry of Lands, Agriculture, Fisheries, Water and Rural Development is the executing agency of the project, to be implemented by the Food and Agricultural Organisation.