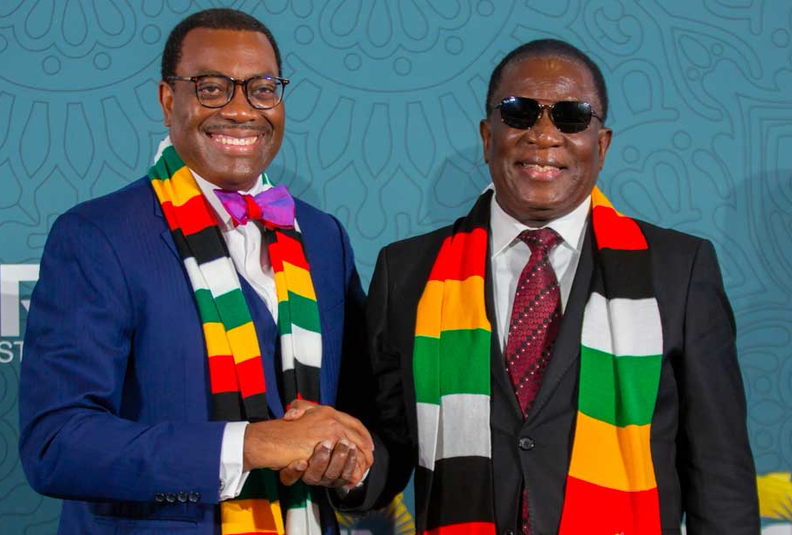 AFRICA Development Bank (AfDB) president, Akinwumi Adesina has expressed hope Zimbabwe will regain its breadbasket status on the back of vast investment opportunities.

He also confirmed injecting a US$4 million grant to support the setup of a debt clearance secretariat.

The Southern Africa nation is currently grappling with an estimated US$17 billion debt, which is 61,6% of the Gross Domestic Product (GDP) as at June 2022.

Of this total debt, publicly guaranteed debt US$13,2 billion is external while US$3,5 billion is domestic debt.

A worrisome development is the contraction of high interests and penalties for the past two decades estimated at US$6,6 billion

“The bank’s approved a US$4 million grant to support the development of a secretariat to move the country’s debt arrears clearance issue forward,” he said.

Zimbabwe could count on him in the endeavour to turnaround economic fortunes as he highlighted the huge potential in the country.

Adesina outlined the country’s many potential areas for investment, including steel, agriculture and information technology.

He said the bank was lending support in these and other sectors.

AfDB also made a grant to Zimbabwe during the Covid-19 pandemic, stepping in where other institutions feared.

“Zimbabwe is strongly committed. Zimbabwe will again be the breadbasket of Africa. I will swim right beside you,” he said.