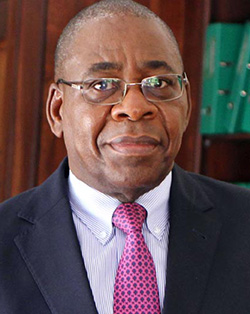 ALCOHOLIC beverage maker, African Distillers (Afdis) is seeking to raise $5 million through a rights offer to repay a loan for its plant and upgrade existing facilities.
The company plans to acquire a new $4 million plant to start producing ready-to-drink beverages including ciders.
The new plant is expected to reduce escalating costs of importing ciders from neighbouring South Africa as margins and sales were declining.
“The company has secured a shareholder loan worth $1.5 million needed to part fund the procurement of a new ‘ready -to- drink’ packaging line,” managing director Cecil Gombera told The Source on Monday.
He said the loan would be settled through proceeds from the proposed rights offer circulated to shareholders on Monday.
The company is proposing to issue 15 451 174 shares for cash at a subscription rate of 32 cents each, the closing share price at the Zimbabwe Stock Exchange on Monday, subject to approval at an extraordinary general meeting to be held on December 9.
“It is anticipated that these actions will result in the improvement of the company’s market share in the ready to drink market,” said the company in the circular.
At the company’s annual general meeting recently, Gombera said management had already conducted feasibility studies for the new plant.
Afdis also plans to start producing some of the imported wines locally.
In the first quarter, July to September the company’s volumes grew by six percent and turnover by nine percent largely driven by locally produced products.
It has targeted to increase volumes by 16 percent to 6.4 million litres up in the full year to June 30, 2014 from 5.6 million litres last year and turnover by 20 percent to $35.4 million from $29.8 million last year.
Afdis’ major shareholders include Delta, Old Mutual Life Assurance and Stanbic Nominees.Advertisement