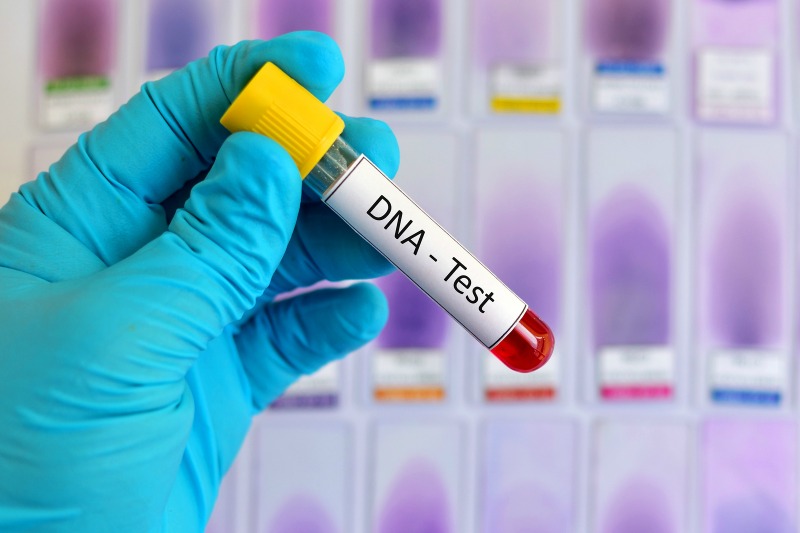 With so many rapes going unreported and unprosecuted, victims are instead forced by circumstances to commit paternity fraud. Most have managed to keep their secrets, but the arrival of affordable DNA technology is now threatening to expose them.

For 42-year-old Shingai, a schoolteacher in Zimbabwe’s capital Harare, the past year has been the best of her adult life as she has been able to get sleep with a clear conscience. This was after she decided to tell her husband that she was raped about two decades ago.

“My father was a driver for one of the [late] vice presidents, so after I finished my Advanced Levels, my father jokingly mentioned to him in passing that he was afraid of going home because I was pestering him about going to college, something that he could not afford,” Shingai said. Her father didn’t appreciate the value of educating a girl and preferred for her to be married to someone who had already been introduced to the family.

“That is when the VP offered to help in getting a scholarship for me. He suggested that I should come and see him when he was at his rural home.”

When she went to see him, he raped her and ordered her to come to see him more frequently so as to speed up the process of getting a college admission and a government scholarship. She never did.

Upon returning home Shingai’s family noticed that something terrible had happened to her, but no one dared ask. Possibly knowing his boss’s habits, Shingai’s father angrily quit his job as the VP’s driver, and died shortly after.

A few months later she married the man her family had chosen for her.

“For all my adult life, there was one word that scared me… DNA, but not anymore, since I decided to open up to my husband,” Shingai told TRT World.

After counselling at their church, her husband accepted that it was not his wife’s fault that she was raped, she was just another hapless victim of the mighty in Zimbabwean society. He went on to rule out any paternity tests for their first-born son, insisting that just the tests on their own – no matter the outcome – could needlessly affect their now adult son in a negative way.

Fortunately for Shingai, it was easy for the husband to believe her rape story because over the years he had silently observed the strange way she reacted when the name of the former vice president was mentioned anywhere, worse still when she saw his picture on the country’s only television channel, or in newspapers. It had baffled him why the man celebrated as a national hero put her off so much, despite her father having worked for him for many years.

The deoxyribonucleic acid (DNA) test that Shingai lived in morbid fear of for many years is no longer just a far off threat as was the case in the past.

Until five years ago, DNA tests were not available in Zimbabwe. The expensive procedure could only be performed abroad and most citizens could not afford it. This allowed secrets to remain secret, especially for thousands of rape victims who would rather suffer in silence than expose the real fathers of some of their children and then – together with their children – suffer the insults and stigma associated with rape in most African societies.

Now a local university and several private laboratories are carrying these tests at fees many ordinary citizens can afford. In some cases, these services have been offered free of charge to those that genuinely cannot afford to pay.

While the development has been welcome in general, it has however brought real nightmares to most women who are victims of rape within families. Those women at workplaces, in schools, in churches and in various uneven power relationships, most of whom find it hard to reveal the assaults for fear of losing their marriages, suffering stigma and retribution, or even losing their very lives.

With DNA tests now easily available, more men with question marks over the paternity of their children are taking up the tests. The secrets that rape victims would only wish to take with them to their graves are publicly revealed, opening old wounds, and this time accompanied with noisy allegations of infidelity in cases where paternity fraud could be proven.

These are victims that, in a 2017 United Nations report, Acting Special Representative of the Secretary-General on Sexual Violence in Conflict, Adama Dieng, said survive rape but often do not survive its social repercussions, adding that many were literally dying of shame, foregoing medical and legal help in order to avoid humiliation.

“Simply stated, stigma kills,” Diengsaid as he pressed the Security Council to redirect the stigma of sexual violence from victim to perpetrator.

Zimbabwe has more than its own fair share of such victims. From those raped during the country’s 1970s liberation war, to those that fell victim to genocidal rape during the Gukurahundi pogroms of the 1980s, to those raped in the 2008 political violence and right up to those victimised in recent rapes by members of the security forces. There are also those women that are regularly exposed to hazardous situations because of the unforgiving socio-economic situation, like those that have dogged Zimbabwe for the past two decades, with extremely high unemployment and poverty levels. This makes women especially vulnerable to sexual abuse.

The Director of the Women’s Comfort Corner Foundation, Rita Marque-Mbatha, agrees that social stigma is the biggest challenge to victims of rape, starting a chain effect that results in women choosing to suffer in silence and sometimes leading them into complicated lives.

“The way which victims/survivors are treated contribute to secondary trauma,” said Marque-Mbatha, herself a victim of sexual harassment at work who single-handedly defied odds in a 16-year fight for justice. “Any victim/survivor watching the brutal cross examination from the gallery in the courtroom would make a decision not to speak out about the traumatic experience.”

Nyaradzo Mashayamombe, the Executive Director of Tag-A-Life International Trust, an advocacy organisation that promotes girls’ rights, said that on the whole DNA technology is a good thing, and could help those partners abused their partners and made to look after children that are not their own. The only problem is that it is a solution that starts at the wrong end of the problem.

She believes that the technology should be made available for rape survivors so that perpetrators get convicted. This way, she said, more women can confidently report rape leading to fewer secrets, thereby reducing cases of rape victims that end up being seen as paternity fraudsters.

“DNA is not available where women need it most… soon after they have been raped, so that more perpetrators can be punished and shamed, not the victims, as what is happening now,” Mashayamombe said.

She said the circumstances must be incredibly difficult for any normal woman not to reveal the true paternity of a child and it is these circumstances that society ought to establish.

Even in Western countries, where rape is better reported, studies have pointed out that “a meta-analysis of 28 studies of women and girls aged 14 and older who had had non-consensual sex obtained through force, threat or incapacitation found that 60 percent of these victims didn’t acknowledge that they had been raped”.

This is even worse for countries like Zimbabwe, where the political leadership doesn’t take issues such as the rape of women seriously. It took celebrated Zimbabwean author and filmmaker Tsitsi Dangarembga more than a decade to reveal the rape that she suffered in 2004.

A 2018 United States human rights report on Zimbabwe noted that many victims of rape considered it a “fact of life”.

“Social stigma and societal perceptions that rape was a ‘fact of life’ continued to inhibit reporting of rape,” the report said.