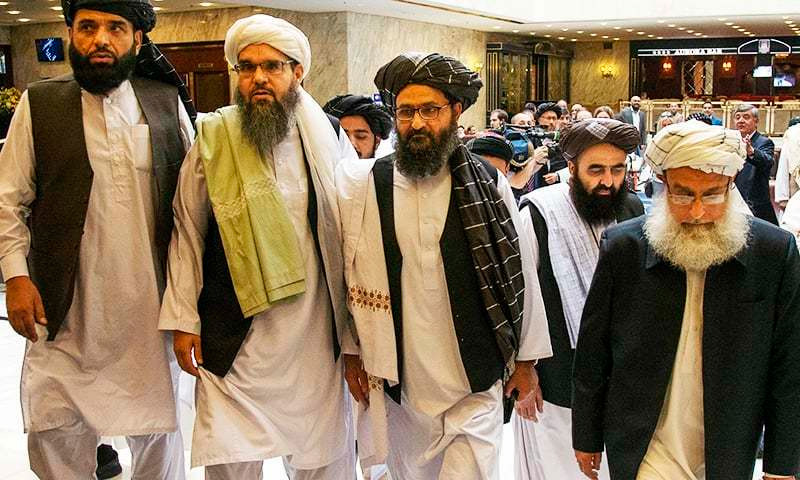 The US and the Taliban have signed a “comprehensive peace agreement” to end fighting in Afghanistan after more than 18 years of conflict.

The US and Nato allies have agreed to withdraw all troops within 14 months if the militants uphold the deal.
President Trump said the US was “working to finally end America’s longest war and bring our troops back home”.

Talks between the Afghan government and the Taliban are due to follow.

US Secretary of State Mike Pompeo and leaders of the hardline Islamic movement attended the signing ceremony in Doha in Qatar.

Under the agreement, the militants also agreed not to allow al-Qaeda or any other extremist group to operate in the areas they control.

The US invaded Afghanistan weeks after the September 2001 attacks in New York by the Afghanistan-based al-Qaeda group.

More than 2,400 US troops have been killed during the conflict. About 12,000 are still stationed in the country. President Trump has promised to put an end to the conflict.

What happened in Doha?

The deal was signed by US special envoy Zalmay Khalilzad and Taliban political chief Mullah Abdul Ghani Baradar with Mr Pompeo as a witness.

In a speech, Mr Pompeo urged the militant group to “keep your promises to cut ties with al-Qaeda”.
Mr Baradar said he hoped Afghanistan could now emerge from four decades of conflict.

“I hope that with the withdrawal of all foreign forces from Afghanistan the Afghan nation under an Islamic regime will take its relief and embark on a new prosperous life,” he said.

Meanwhile US Defence Secretary Mark Esper was in the Afghan capital Kabul alongside Afghanistan’s President Ashraf Ghani – whose government did not take part in the US-Taliban talks.

Mr Esper said: “This is a hopeful moment, but it is only the beginning. The road ahead will not be easy. Achieving lasting peace in Afghanistan will require patience and compromise among all parties.” He said the US would continue to support the Afghan government.

What’s in the agreement?

Within the first 135 days of the deal the US will reduce its forces in Afghanistan to 8,600, with allies also drawing down their forces proportionately.

The move would allow US President Donald Trump to show that he has brought troops home ahead of the US presidential election in November.

The deal also provides for a prisoner swap. Some 5,000 Taliban prisoners and 1,000 Afghan security force prisoners would be exchanged by 10 March, when talks between the Taliban and the Afghan government are due to start.