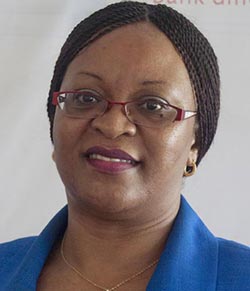 AFRASIA Bank Zimbabwe Limited, formerly Kingdom Bank has appointed Tineyi Mawocha as its new managing director with effect from 6 January, the bank said on Wednesday.
The appointment comes after Mauritian-headquartered AfrAsia Bank Limited, which now owns a controlling stake of 65.38 percent in local group, took over the financial institution from former owner, Nigel Chanakira and renamed it AfrAsia Zimbabwe Holdings Limited.
Mawocha holds a Masters in Development Finance from University of Stellenbosch, a Master of Business Administration from University of Zimbabwe and a Higher National Diploma in Hotel and Catering Management.
His banking career started at Standard Bank South Africa where he was the chief executive of Standard Bank Swaziland from 2005 to 2012. Prior to that he held other senior positions at the bank in South Africa.
In October 2012 he returned to Zimbabwe and joined Tetrad Bank as managing director, a position he left to join AfrAsia.
Prior to his banking career Mawocha was in the hospitality sector where he rose to the rank of chief executive of Innscor East Africa based in Nairobi, Kenya.
Sylvester Dendere, who has been acting in capacity, reverts to his position as deputy managing director for the bank.
Meanwhile, a new board for the holding company has been appointed pending regulatory approval.
Among the new comers are non-executive board members Deshmukh Rao Dondee as executive director, Fungai Ruwende, Ritesh Anand and Henry Nemaire.
Other members are James Benoit and Kamben Padayachy from AfrAsia Bank Limited, Jill Rickard, Sevious Mushosho and chief executive, Lynn Mukonoweshuro.
Previous board members who were retained are Callisto Jokonya, Charles Wawn and Simplisius Chihambakwe.
Former group chairperson, Sibusisiwe Bango, Anthony Rowland and Sure Kamhunga retired while Brian Fredrick and Nigel Chanakira resigned.Advertisement