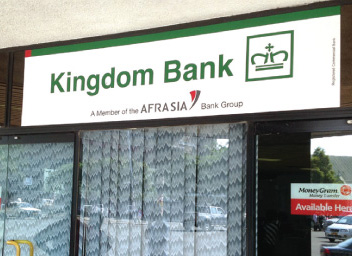 FINANCIAL group, AfrAsia Zimbabwe is seeking to raise $100 million fresh capital after shareholders on Friday approved a resolution to increase the company’s preference shares due to high demand.
This comes two months after its parent company, AfrAsia Bank Mauritius said it would inject $20 million fresh capital into the group to meet capitalisation requirements, among a variety of initiatives and increase its shareholding from 36 percent to 62.5 percent.
At the beginning of this year, the central bank extended the deadline for the achievement of a $100 million minimum capital threshold for commercial banks to 2020. Currently, minimum capital levels are $25 million for commercial banks.
AfrAsia board chairman Fungai Ruwende told shareholders at the company’s extraordinary general meeting in Harare that the group would seek to raise $100 million in fresh capital.
“There was heightened appetite from the market for preference shares as an alternative investment instrument; and committed capital has since been procured to take up the full $20 million worth of preference shares. From the road shows done by management, there was an expression of interest from shareholders and other potential investors to also participate under the preference shares programme,” Ruwende said.
Shareholders also voted to extend the period for the conclusion of Nigel repurchase of 289,133,648 AfrAsia shares worth $12,5 million from the group’s founding shareholder Nigel Chanakira’s Crustmoon, from the initial March 31 to a new September 30 deadline.
“The extension of the deadline was necessitated by the delays in fulfilment of certain conditions precedent to the implementation of the transaction,” said Ruwende.
AfrAsia Bank Mauritius took control of the former Kingdom Financial Holdings last year after buying out Chanakira and renamed it AfrAsia Zimbabwe Holdings. The bank changed its name from Kingdom Bank to AfrAsia Bank Ltd and Kingdom Asset Management to AfrAsia Capital Management.
AfrAsia is headquartered in Mauritius with offices in Johannesburg and London.Advertisement