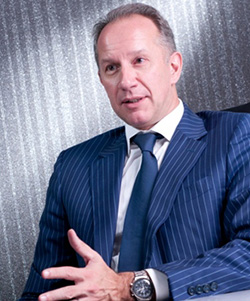 AfrAsia Bank Limited’s (ABL) has divested from Zimbabwe to refocus on profitable business lines elsewhere after ceasing operations in AfrAsia Bank Zimbabwe Limited (ABZL) last week
In a statement, group CE James Benoit said the difficulties that ABZL was facing arose primarily from legacy issues within the bank and the difficult economic environment within the country.
The Reserve Bank of Zimbabwe (RBZ) cancelled the bank’s operating licence citing viability issue.
Benoit said the group has over the past months, been working diligently to shore up liquidity and capital, in order to provide tangible and sustainable solutions to the current economic situation faced in Zimbabwe.
“ABL will continue to focus its efforts on its profitable core business lines and regional expansion as part of its strategic vision,” he said.
Benoit said discussions with one international investor had reached an advanced stage but the group was unable to get through to a conclusive agreement on satisfactory terms and conditions,” he said.
“Zimbabwe has been going through an economic slowdown due to liquidity challenges and a fragile global financial environment,” he said.
He said the termination of ABZL’s banking activities in Zimbabwe will not affect the operations, clients and commitments of ABL in Mauritius and other parts of the world.
“AfrAsia Bank Limited remains a financially solid institution, well capitalised with strong local and international shareholders,” he said.Advertisement