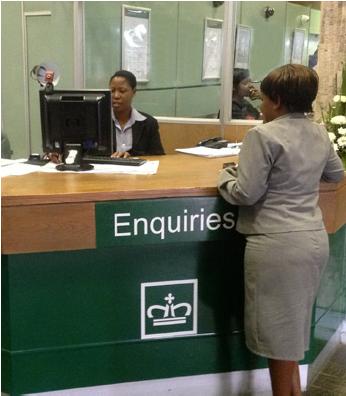 AfrAsia Bank Zimbabwe clients are seeking permission from police to demonstrate against the financial institution, which they accuse of, among other grievances, “erratic disbursements” of their deposits.
AfrAsia is one of the four bank institutions that the central bank has said are “ill” including Allied Bank, Capital Bank, whose licences have been revoked and Tetrad, which was suspended from undertaking banking activities.
The bank has suffered from persistent liquidity shortages that have seen it struggle to meet customer cash requirements, forcing it to limit withdrawal amounts to $20 per day on some occasions.
Some depositors applied to the Harare Central Police station on Monday seeking authority to stage a demonstration on 17 February against the bank.
“The short-changed clients will be having placards depicting the various grievances arising from the bank’s failure to avail our monies when requested due to erratic cash disbursements from the bank,” read the application seen by The Source.
“Our woes are worsened by the bank’s management who are ill-treating us, constantly threatening us with unspecified action as they deny us our deposits.”
The group last week belatedly announced that it had posted a loss of $9 million for the year ended June 2014, an improvement compared to the deficit of $16 million in the 18 months to June 2013.
In December last year, the bank, a subsidiary of Mauritius-based AfrAsia Bank Limited (ABL), said it was on course to raise $15 million through borrowings to increase liquidity and had hired local finance group, Imara Capital Finance to market its medium-term Secured Note to secure the funds.Advertisement