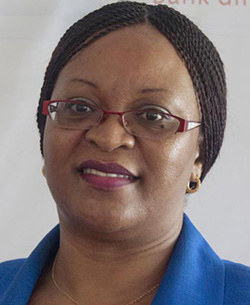 AFRASIA Zimbabwe Holdings Limited (AZHL), a subsidiary of Mauritius-based AfrAsia Bank Limited (ABL) is well on course to raise $15 million through borrowings to increase liquidity in the local operation, the companies announced on Friday.
Local finance group, IMARA Capital Finance, has been enlisted by AfrAsia Zimbabwe to market its medium-term Secured Note, through which the banking group expects to raise the $15 million, the company said in a statement on Friday.
A secured note is a type of loan backed by the borrower’s assets, which the debtor stands to forfeit upon default.
“This note has been marketed to local, regional and international investors. The Note, which will be drawn in tranches, is expected to generate an incremental $15 million liquidity. The first tranche will be drawn towards the end of January 2015,” read a joint statement issued on Friday by AZHL group chief executive, Lynn Mukonoweshuro and ABL chief executive James Benoit.
The executives added that several prospective investors had expressed interest in investing into the company, while AZHL’s micro finance unit, MicroKing Finance, had attracted regional and international interest.
“During the course of December and early January shortlisted investors will visit Harare to conduct their due diligence with a view to submitting final offers in mid-January. The proceeds of the partial disposal will be reinvested in the business,” she said.
ABL raised nearly $15 million in fresh capital after the National Bank of Canada acquired a 9.5 percent stake in the group this month.
“In addition, ABL recently completed a $46 million Class A Tier 1 Preference Share Issue, which will be listed on the Stock Exchange of Mauritius soon,” Benoit said.
“ABL is committed to raising capital for all its group operations to allow them to compete strongly in their respective markets, including in Zimbabwe,” he added.
The group’s Zimbabwean bank, which has been struggling to meet its capital requirements, is in the throes of a cash squeeze that forced it to limit withdrawals to between $50 and $100 per day last month.
At the beginning of this year, the central bank extended the deadline for the achievement of a $100 million minimum capital threshold for commercial banks to 2020. Currently, minimum capital levels are $25 million for commercial banks.Advertisement

AfrAsia Bank Zimbabwe is among five banks that the central bank has said are “ill” including Allied Bank, Tetrad — which was suspended from undertaking banking activities — while Capital bank’s licence was revoked.
AfrAsia Zimbabwe in June announced that it was planning to raise $100 million in fresh capital after its parent company ABL also said it would inject $20 million to meet capitalisation requirements, among a variety of initiatives and increase its shareholding from 36 percent to 62.5 percent.
ABL took control of the former Kingdom Financial Holdings last year after buying out Chanakira and renamed it AfrAsia Zimbabwe Holdings. The bank changed its name from Kingdom Bank to AfrAsia Bank Ltd and Kingdom Asset Management to AfrAsia Capital Management.
AfrAsia is headquartered in Mauritius with offices in Johannesburg and London.