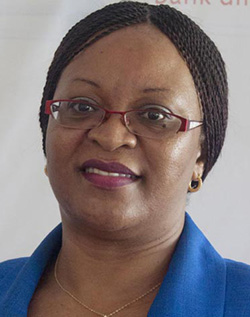 AfrAsia Zimbabwe has recorded a $9 million loss in the full year to June last year with its Malawi investment accounting for 50 percent of the figure after revaluation, the company said in delayed financial results on Thursday.
The loss is an improvement from the deficit of $16 million in the 18 months to June, 2013 as the group suffered from persistent liquidity shortages that created challenges in meeting customer cash requirements and hampered creation of interest earning assets.
“The loss in the period under review included a revaluation loss on the investment in FDH Malawi amounting to $4,515,151.
“The group’s strategic cost containment measures managed to release $8,3 million in cost savings during the period,” the group’s chairman Fungai Ruwende said in a statement accompanying the group’s results.
The group’s flagship, AfrAsia Bank reduced its losses from $20 million in the 18 months to June 2013 to $5,2 million.
Ruwende said despite the loss, the bank managed to reduce impairment loss on loans and advances to $2,1 million from $23,5 million reported in the preceding 18 months.
MicroKing posted a profit of $568,600 in the period under review, down from a profit of $3, 7 million in the comparative period.
“MicroKing has remained a profitable business despite the multiplicity of challenges posed by the tough operating economic environment that prevailed during the period under review,” said Ruwende.
He, however, noted that AfrAsia Capital Management was affected by the acute liquidity challenges resulting in the funds under management declining by 29 percent to $30,5 million as at June 30 last year.
In December last year, AfrAsia Zimbabwe, a subsidiary of Mauritius-based AfrAsia Bank Limited (ABL) said it was on course to raise $15 million through borrowings to increase liquidity in the local operation and had hired local finance group, Imara Capital Finance to market its medium-term Secured Note to secure the funds.
The bank is among five banks that the central bank has said are “ill” including Allied Bank, Capital Bank, whose licences have been revoked and Tetrad, which was suspended from undertaking banking activities.Advertisement