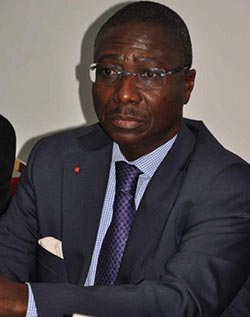 THE African Export-Import Bank (Afrexim) on Saturday gave Zimbabwe a US$100 million loan to allow its central bank to set up an inter-bank market for the first time in five years, which would allow the apex bank to influence interest rates.
Finance Minister Patrick Chinamasa said the fund was part of measures to improve liquidity in an economy facing declining export earnings and companies that are struggling to survive.
“The facility is intended to alleviate the liquidity challenges in order to promote the proper function of the economy of Zimbabwe and the stability of the financial markets,” he said.
“This will, at the very least, unlock surplus funds from surplus banks for those in deficit.”
Jean-Louis Ekra, president of the Cairo-based bank added: “It is a well-known fact that the Zimbabwean banking sector and economy at large are currently experiencing severe liquidity challenges.
“This situation is making it difficult for many companies, including small to medium enterprises, to access finance at affordable costs.”
Zimbabwe abandoned its own money in 2009 after hyperinflation rendered it worthless, and adopted foreign currencies such as the U.S. dollar and South Africa’s rand which left the central bank unable to influence rates.
Money market rates have spiralled out of control as a result, with bank deposits attracting returns as low as 0.15 percent while borrowing costs are quoted as high as 35 percent – a prohibitive rate for farmers and manufacturers.
The central bank will use the $100 million to re-introduce an inter-bank market – where local banks can borrow from others with surpluses – and set an overnight accommodation interest rate, which would act as the benchmark for market rates.
Local banks would use Afrexim Bank-backed securities and government treasury bills as collateral when borrowing from each other.
Treasury Bills will be issued from Monday, Chinamasa said.
The central bank published an interest rate range guide for the money market in January and proposed indicative yields of between 6.6 percent and 8 percent for short term debt.
The government has taken over the central bank’s $1.35 billion debt and is seeking up to $200 million to capitalise the bank.
Britain’s Standard Chartered and Barclays Plc and South Africa’s Standard Bank and Nedbank are the major foreign banks with operations in Zimbabwe.Advertisement