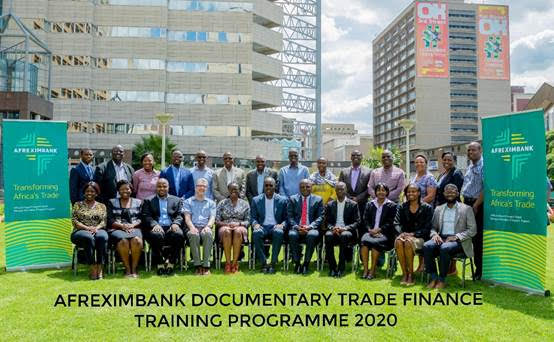 THE Africa Export-Import Bank (Afreximbank) has concluded a six-day training workshop which was organised to equip some 15 representatives from Zimbabwean commercial banks with technical skills in trade finance.

The programme took place in Harare and attracted 44 participants covering areas which include documentary letters of credit, bills for collection, bank guarantees, relevant International Chamber of Commerce rules, compliance issues related to trade finance and risks in international business and ways of mitigating them.

“Case studies of real-life scenarios were reviewed and participants were taken through a practical review session on common errors that had been noticed in trade finance instruments issued by Zimbabwean banks in order to help them learn from the errors,” said Afreximbank in a statement.

The bank attendants agreed to work towards designing a model letter of credit verbiage to cover key commodity imports which is expected to be endorsed by the Reserve Bank of Zimbabwe.

“The training programme was organised in line with Afreximbank’s Trade Finance leadership pillar under which it seeks to play a leading role in matters relating to the development of trade finance in Africa,” said Humphrey Nwugo, the Bank’s Regional Chief Operating Officer for Southern Africa, at the opening.

“According to the World Trade Organisation, some 80 per cent to 90 per cent of world trade relies on trade finance.

“That is the opportunity we, as trade financiers, are sitting on, with anecdotal evidence pointing to a trade finance gap in Africa in excess of $100-billion.”

The programme covered topics up to the intermediate level, with Afreximbank announcing plans to deliver an advanced level course to the group in the future and to hold sessions in other countries.

The programme is also part of the Afreximbank Academy through which the Bank is promoting knowledge in Africa.