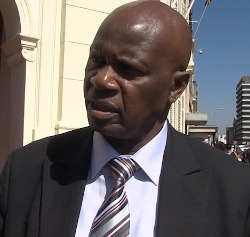 MAURITIUS-based AfrAsia Holdings Limited (AfrAsia) has injected US$20 million into its local subsidiary raising its total investment to US$100 million, in the process increasing its shareholding to 62,5 percent from 36 percent.
The money is expected to help ease liquidity challenges in the country.
Finance minister Patrick Chinamasa said the 62,5 percent that the Mauritians company now held in AfrAsia did not violet the indigenisation regulations as the Minister of Indigenisation and Empowerment Francis Nhema would soon present a “revised indigenization model”.
“We are grateful as government to this injection which I understand would be channelled towards the tourism, manufacturing, mining and agriculture sector. It show increased interest in Zimbabwe by foreign,” said Chinamasa.
“We are comfortable with the dilution of shares as, at present, our local people do not have the capacity to buy the shares.
“Minister Nhema will soon present to cabinet a model to accommodate this as there is not one size fits all. The indigenization exercise and threshold should be approached on sector by sector bases.”
Chinamasa said it was not government policy to grab shares when foreigners invest their money adding that they should be given the freedom to choose their “own local shareholders”.
AfrAsia Zimbabwe Holdings Limited posted a profit of US$174,862 for the half year ended December 31, 2013 following a series of heavy losses in the past two years.
The holdings company has improved from a loss position of US$16 million in the 18 months ended June, 30, 2013.
In a statement accompanying the group’s financial results, AfrAsia acting chairman Charles Wawn said the financial services sector continued to be negatively affected by liquidity challenges, a fragile banking sector, depressed customer confidence and the poor country credit rating.
Wawn said the bank managed to raise US$5 million through a rights issue and would raise US$15 million through a private placement that will be concluded soon.
“Various strategic cost containment measures continued, resulting in operating costs decreasing by 16% when compared to prior period.
“The conclusion of the private placement by February 28, 2014 will result in the group underwriting more business in order to achieve better results by the end of the financial year ending June 2014,” Wawn said.Advertisement

The interest and similar income for the group went down to US$10 million compared to US$43 million in the eighteen months ended June 2013.
Net interest income stood at US$6,4 million and net interest income after impairment loss was US$6,3 million.
Loans and advances to customers were lower at US$66 million during the period under review compared to June 2013 at US$92 million.
Wawn said during the period under review liquidity challenges reached critical levels with the trade deficit having widened to US$3,89 billion in November.
He said loans and advances from banks decreased by 0,4 percent to US$3,65 billion as at December 31 from US$3,67 billion in June reflecting the tough operating environment non-performing loans increased to 15,92  as regulations being promulgated in the form of the microfinance.
Overall, he added, liquidity is expected to grow to remain constrained although the financial sector is expected to benefit from the restoration of the interbank market and the recapitalisation of the Reserve Bank of Zimbabwe.