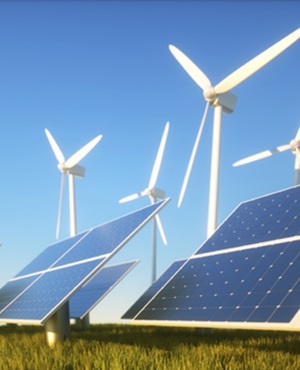 PARIS: Africa received a 10-billion-dollar boost of help to build out its renewable energy sources, with Germany leading the advanced economies in its contribution.
Germany’s Environmental Minister Barbara Hendricks made the announcement on Monday on the sidelines of the UN climate talks in Paris.
“Africa has a large hunger for energy,” Hendricks said. “We have to avoid that this hunger is fed with coal, oil and gas.”
The announcement was one of a series of additional financial pledges amounting to about 98 billion dollars made during the UN climate talks in Paris since November 30, according to an informal calculation.
The money, to be used to help poor countries adapt to global warming and build renewable energy sources, includes $20bn from individual countries, $67bn from multilateral banks and $10bn from UN climate organisations, according to a list of individual pledges maintained by the UN Framework Convention on Climate Change.
On the Africa initiatve announced on Monday, Germany is contributing €3.3bn. France, the United States, Britain, Canada, Japan, Italy, Sweden, the Netherlands and the EU Commission are contributing the rest to the $10bn sum.
The goal of the Africa initiative is to provide by 2020 an additional 10 gigawatts of renewable energy across the continent. The long term goal eyes 300 gigawatts capacity by 2030.
Alternative energy is in its infancy in Africa. The current capacity as of 2014 is 33.5 gigawat, according to International Renwable Energy Agency. There are however ambitions for African countries to further exploit renewable sources, with a focus on hydropower.
“Around 600 million people in Africa have no access to electricity,” said German Development Minister Gerd Mueller.Advertisement