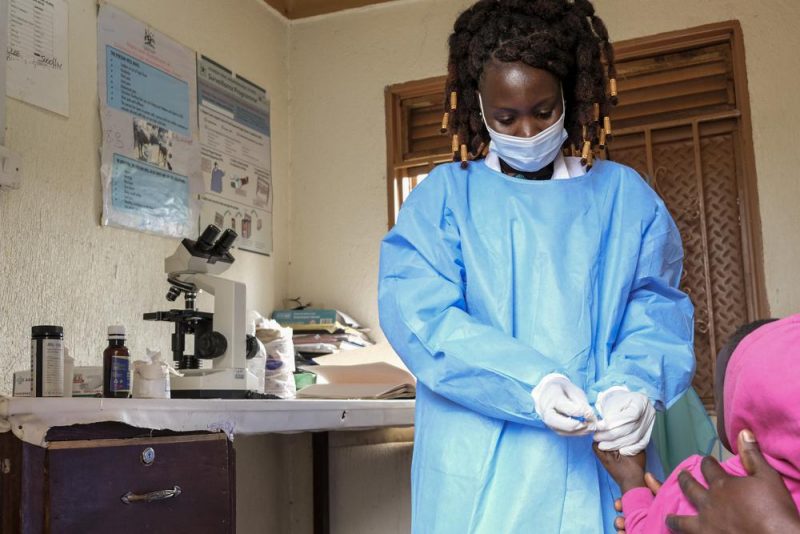 KAMPALA: Africa must plan to respond effectively to disease outbreaks without international help, a top public health official said Wednesday, warning that the continent of 1.3 billion people is “on its own” during pandemics.

As assistance often never materializes, African nations must plug gaps in their response to outbreaks as such as Ebola in Uganda, said Ahmed Ogwell, acting head of the Africa Centers for Disease Control and Prevention.

“This is not the first outbreak of the Sudan strain of Ebola virus here in Africa and particularly here in Uganda,” he said. “We, unfortunately, at this time do not have rapid diagnostics for this particular strain. Neither do we have the vaccines for it.”

Ogwell spoke in the Ugandan capital, Kampala, where African public health officials and others are meeting to plan cross-border cooperation in responding to Ebola.

Uganda declared an outbreak of Ebola on Sept. 20.

Africa’s 54 countries have not received adequate international support in recent health crises, according to experts. Countries had difficulty getting COVID-19 vaccines.

Ogwell lamented the failure of the international community to help African countries improve their capacity to test for monkeypox and control its spread. He said no help has come to Africa, where more monkeypox deaths have been reported this year than anywhere in the world.

“Recently, during the pandemic, when we saw the number of monkeypox cases growing here in Africa, we issued a global alert but no help came to Africa,” he said. “In fact, today, as we see the tail end of the pandemic, there’s still no help coming to Africa for monkeypox. This means that we need to check the reality that is with us, and the reality for us is that when a public health crisis is big, like the pandemic, Africa is on its own.”

The epicenter of Uganda’s Ebola outbreak is a rural community in central Uganda where health workers were not quick to detect the contagious disease that manifests as a viral hemorrhagic fever.

Although Ebola began spreading in August, officials initially described a “strange illness” killing people. Ebola now has infected 54 people and killed at least 19, including four health workers. One of its victims is a man who sought treatment in a hospital in Kampala and died there.

Ebola can be difficult to detect at first because fever is also a symptom of malaria. Ebola is spread through contact with bodily fluids of an infected person or contaminated materials. Symptoms include fever, vomiting, diarrhea, muscle pain and at times internal and external bleeding.

There is no proven vaccine for the Sudan strain of Ebola. But plans are underway to test a possible vaccine in a small group of Ugandans who had contact with Ebola patients.

Because Ebola is “a priority disease” for Africa, “the absence of rapid diagnostics and the absence of a vaccine means we have a gap in how we prioritize our diseases and the tools we need to respond to them,” according to Ogwell.

“As Africa, we must now do things differently, appreciating that for the most time we will be on our own. Knowing that we are on our own, though, needs to motivate us so that we can do things on our own but not alone,” he said. “We must plan, prepare and respond effectively using our own resources, including our experts and institutions, and we must produce the health products we have identified as a priority for this continent.”