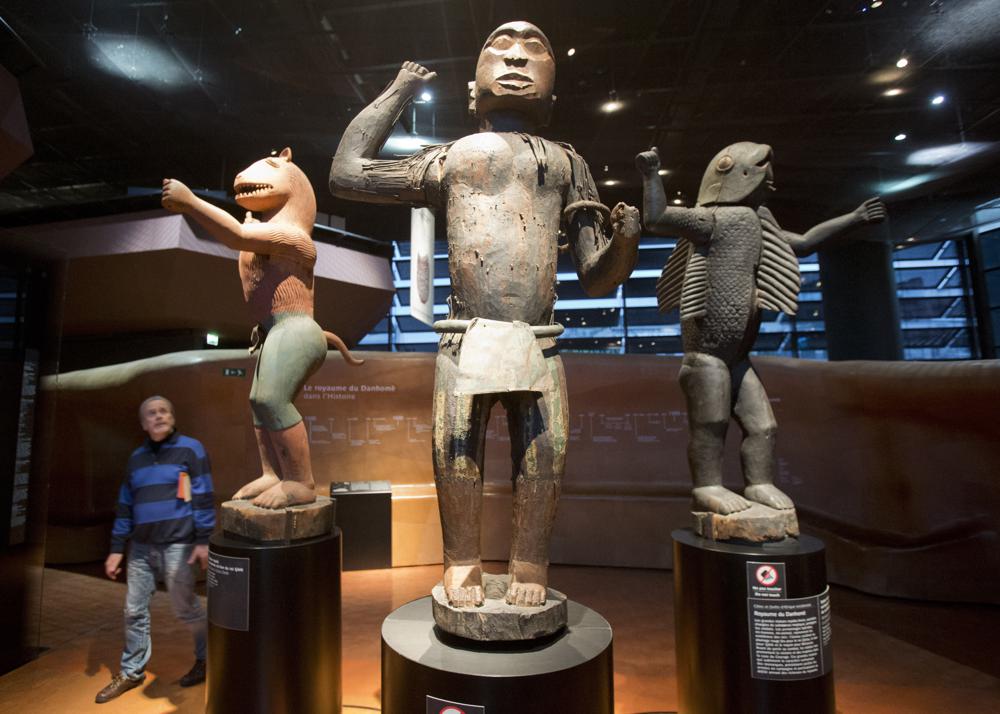 KAMPALA: Apollo John Rwamparo speaks forlornly of the eight-legged stool, a symbol of authority for his ancient kingdom in Uganda, now glimpsed through a glass barrier at a museum thousands of miles away in Britain.

The wooden stool is permanently exhibited at the University of Oxford, one of at least 279 objects there taken from Bunyoro-Kitara kingdom during the colonial era. Oxford has resisted attempts to have the stool repatriated, saying it was donated by a royal from a breakaway kingdom.

“It’s quite frustrating,” said Rwamparo, a deputy prime minister and minister for tourism for the kingdom. “The best is for them to swallow their pride, like the French and the Germans have done, and return the artefacts.”

African countries’ efforts at restitution, after long resistance from authorities in Europe, are now blossoming with the return of treasured pieces that once were thought unattainable.

Most recently, Nigeria and Germany signed a deal for the return of hundreds of artefacts known as the Benin Bronzes. The deal followed French President Emmanuel Macron’s decision last year to sign over 26 pieces known as the Abomey Treasures, priceless artworks of the 19th century Dahomey kingdom in present-day Benin.

African officials seek much more, from the exquisite to the macabre. Some are concerned that the British government in particular has been evasive, offering no commitments on restitution.

In Uganda, which won independence from Britain in 1962, antiquities officials are preparing for a November trip to the U.K., where they will negotiate with the University of Cambridge for an unknown number of artefacts there. Cambridge, which recently gave back to Nigeria an elaborate bronze cockerel, appears forthcoming, said Rose Mwanja Nkaale, Uganda’s commissioner for museums and monuments.

London’s British Museum by comparison “is difficult to penetrate,” said Nkaale. “We can start with those that are willing to cooperate. It is not useful to fight these people.”

The British Museum, which holds an extensive collection from across Africa, is protected by a 1963 law forbidding the trustees from repatriating items except under certain circumstances, including if an object is deemed unfit or useless. Some African officials believe that stand is increasingly weak as other institutions in Europe respond more positively.

Nigeria is applying pressure so that laws in the U.K. and elsewhere are amended to allow for the repatriation of disputed collections, said Abba Isa Tijani, director-general of Nigeria’s National Commission for Museums and Monuments. But he expressed concern that while some countries are starting to open up, in Britain such efforts “have not even started.”

Many of the desirable artefacts from Africa can’t even be traced, leading an organization founded by the late Congolese art collector Sindika Dokolo to offer to buy looted African art from collections abroad. By 2020, when Dokolo died in a diving accident in Dubai, his campaign had successfully retrieved 15 items.

Restitution remains a struggle for African governments, and the African Union has put the return of looted cultural property on its agenda. The continental body aims to have a common policy on the issue.

Zimbabwe has pushed for the repatriation of about 3,000 artefacts from Britain. They include spears and swagger sticks as well as the skulls of fighters who resisted colonialism. They were decapitated and their heads shipped abroad as war trophies.

Talks between British and Zimbabwean authorities have produced no breakthrough, but the matter is so important for the southern African nation that President Emmerson Mnangagwa last year suggested an exchange: the remains of colonialist Cecil Rhodes, who’s buried in Zimbabwe, in return for the ancestral remains that mean so much to his people.

Items of funereal or ritualistic interest have no resonance outside Africa, said Raphael Chikukwa, who runs the National Gallery of Zimbabwe.

“Why should we allow those so-called museums, which in fact are crime scenes and houses of stolen goods, to dictate to us, telling us that we have to prove that the items belong to us?” he told The Associated Press. “As much as we celebrate the return of former Congolese Prime Minister Patrice Lumumba’s tooth (from Belgium), let’s not celebrate too much. Let’s remind ourselves that the work has just started.”