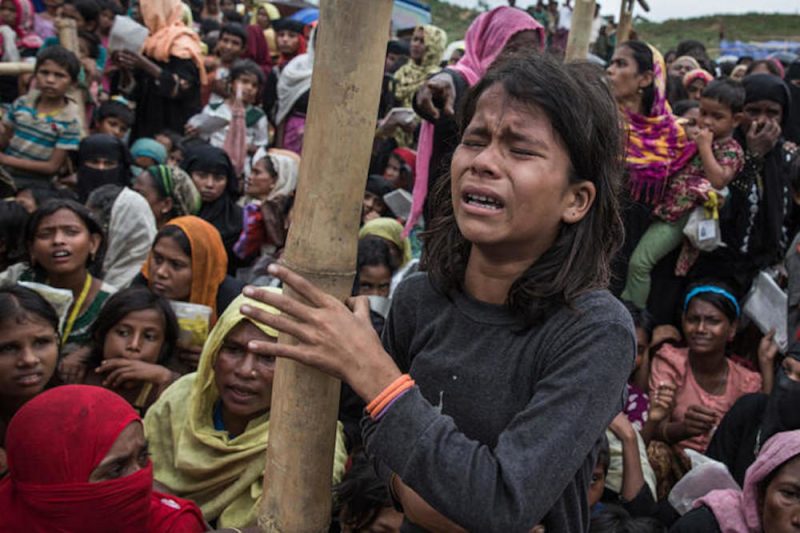 FOR decades, Myanmar has gone through extreme cruelty to the Rohingya. Never cared about the law.

This is the first time that Gambia, a small African country, has taken Myanmar to the International Court of Justice for the Rohingya genocide. Gambia has been trying to convict Myanmar of crimes against humanity against the Rohingya in favor of OIC.

Gambia represents the whole Africa symbolically in this regard.

The Rohingya problem is not new to Bangladesh. This problem, which started in 1978, became apparent in August 2017. More than 1 million Rohingyas fled to Bangladesh to save their lives when the Myanmar army launched a brutal operation against the Rohingya ethnic group.

Bangladesh is seeking the intervention of the United States, the European Union and the United Nations as well as the regional alliance ASEAN for a lasting and acceptable solution to the Rohingya problem.

Now Bangladesh is facing serious problems for this artificial crisis committed by Myanmar.

Some socio-economic threats are rising in Bangladesh. Bangladesh has given shelter to Rohingyas for humanitarian reasons. But because of this humanity, the country is now at risk. As a result, there is a danger of Rohingyas spreading all over the country, there are also many challenges.

The forest is being uprooted, they are cutting down the mountains and destroying them. There are also long-term economic risks socio-economic and political problems may also be evident, and security risks may increase. Illegal narcotics trade, human trafficking, prostitution, terrorism in Rohingya camps is increasing in camps.

But Myanmar has no respect the international law and norms. Some mighty powers may have behind the scene.

Yang Lee, the UN special envoy for human rights in Myanmar, said all major countries in the world had a responsibility to resolve the Rohingya crisis.

In this regard, all African states can play a very significant role to solve the crisis such ways:

Gambia is a clear-cut example to understand it.

Why should African states support Bangladesh to solve the problem?

This issue is a humanitarian issue. Rohingyas are the son of land in Rakhine in Myanmar. They have rights to reside in Myanmar.

It is an issue of Justice.

According to Luther King Junior, Nelson Mandela “Injustice anywhere is a threat to justice everywhere.” Myanmar authority committed genocide. The perpetrators should be under international legal jurisdiction.

Many African states saw and experienced ‘genocide’ in Africa such as Rwanda genocide. So, they understand the reality. Rohingyas suffered ethnic cleansing in Myanmar by its own government. So African States should support Bangladesh on humanitarian ground.

At that time, in 1993-94, the most talked about peace missions in Rwanda, Somalia and Bosnia, the Bangladesh Army came to the center of the discussion. Bangladesh has a huge contribution and role in the peace process of Africa continent.

According to the UNO and Bangladesh army is currently one of the leading troop contributors with 6 582 peacekeepers mostly in Africa.

Being a country committed to peace, Bangladesh has always been keen in contributing for peace across the globe.

Bangladesh has very good trade relations with many African states. Bangladesh is trying to boost up trade ties with the all-African states. The government has planned to sign free trade agreements, or FTAs, with African countries to boost the country’s export earnings.

According to Bangladeshi media outlets, Bangladesh government has donated about US$7.66 million to debt-ridden Sudan. Last year, as part of the IMF’s initiative, Bangladesh also provided more than Tk 8 crore, equivalent to an SDR of 0.70 million, to alleviate poverty in the African country of Somalia.

However, as a well-wisher friend and partner in the development and peace process in African states, Bangladesh can expect cooperation and support of African states regarding the repatriation of Rohingya refugees to Myanmar. Bangladesh deserves it.