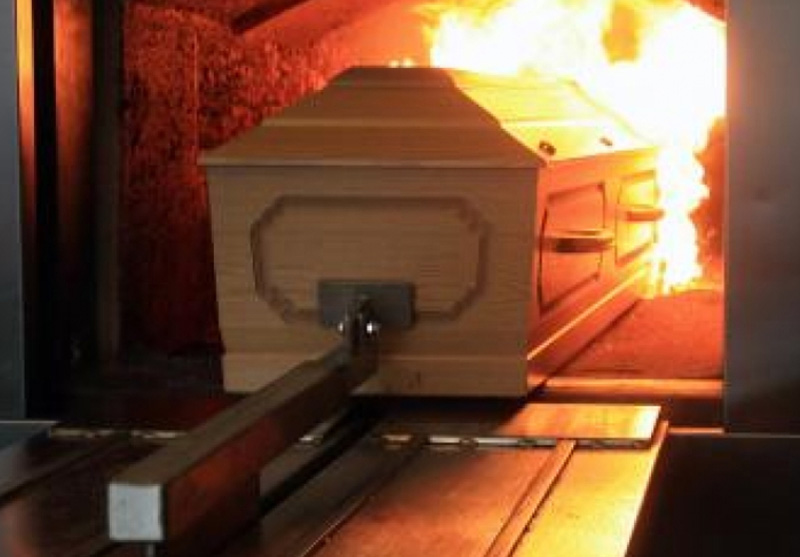 KAMPALA: Wailing women, long speeches, livestock slaughtered for a feast. For many in Africa, funerals are multi-day gatherings and deeply traditional, with elaborate burial rites to emphasize the belief that the dead are not really dead.

So some Africans are uncomfortable with the rise of cremations, long considered taboo but a growing necessity as migration to cities is crowding out graveyard space and producing a landless generation without cash for a funeral.

Last month authorities in Kenya’s capital, Nairobi, urged Kenyans to accept cremation amid a shortage of space at the public cemetery in the neighborhood of Lang’ata, where some bodies have been piled on top of others.

“We don’t have space,” Nairobi’s top health executive, Hitan Majevda, told The Associated Press. “So cremation for us is the only option.”

The cremation last month of Kenneth Matiba, a former presidential candidate and once one of Kenya’s wealthiest men, has provoked more talk of the practice as a not-so-terrible choice in a socially conservative country of over 48 million people where many landless people occupy crowded slums.

The local Star newspaper reported that elders in Matiba’s ancestral home were “shocked” by his wish to be cremated, and the provost of Nairobi’s All Saints Cathedral issued a statement calling the debate “more of a cultural and philosophical issue rather than a biblical one.”

Cremation is not controversial in the developed West. In the United States, the practice reached an all-time high and surpassed the rate of burials for the second year in a row, according to a 2017 report by the National Funeral Directors Association. The report cited the declining influence of religion as one reason for the change.

It costs about $130 to cremate an adult at the Lang’ata crematorium in Nairobi. In comparison, traditional funerals are big business across Africa with people expecting to be fed and entertained, often with alcohol, for several days leading to the burial.

The Lang’ata crematorium is seeing a gradual rise in activity with at least one person now cremated weekly, said Maina Nderitu, an official there.

Dickson Kamau, who was at the crematorium to collect his brother’s ashes one recent afternoon, said his family made the “traumatizing” decision to cremate because of a lack of ancestral land.

“We live in Nairobi and relocated from home long time ago,” he said.

A similar problem was cited by Elias Kagwa, whose cousin was cremated earlier this year amid a land dispute that left the family stranded with the body. He and other relatives couldn’t bear to linger near the crematorium while the body burned, so they returned the next day to pick up the ashes.

“Personally I will want to be cremated when I die, but I will not want to see anyone I know cremated,” Kagwa said.

Most people in Kenya oppose cremation, often on cultural grounds, echoing feelings elsewhere in sub-Saharan Africa where traditional beliefs are often respected even among those devoted to Christianity or Islam.

“You associate your family tree with where your ancestors are buried,” said Mwambutsya Ndebesa, a professor of history at Makerere University in neighboring Uganda. “A burial site is like a physical site of identity, of tribal identity.”

In Uganda, funeral directors have put cremation on their brochures but find few or no takers.

Some people have inquired about cremation but have not gone through with it, said Stephen Musoke, operations manager at A Plus Funeral Management in the capital, Kampala. The company has organized the cremation of just one Ugandan since 2002, he said.

“Cremation is a good idea as long as the world is changing and there is less time and money,” said Pius Ssetimba, a funeral planner with Kampala Funeral Directors. “People these days don’t have time to attend funerals and it’s expensive to maintain a graveyard.”

Cities in Uganda and elsewhere in Africa are expanding as more people migrate in from villages, fueling a real estate boom that has raised a new challenge: what to do with graveyards on prime pieces of property.

“A graveyard is an encumbrance, a big, big encumbrance,” said Emma Ssekandi, a land broker in Kampala. Cremation is a viable alternative, he said, although he himself would rather be buried at his ancestral home.

Rajni Tailor, whose Indian Association Uganda owns Kampala’s only crematorium, said he has proposed a solution for those who want to preserve burial sites for generations: the partial burning of a body to preserve a few bones that would be interred in a smaller grave.

“It’s a matter of convincing the Africans,” Tailor said. “The city councils have to convince them that ‘Look, cremation saves the land.’”