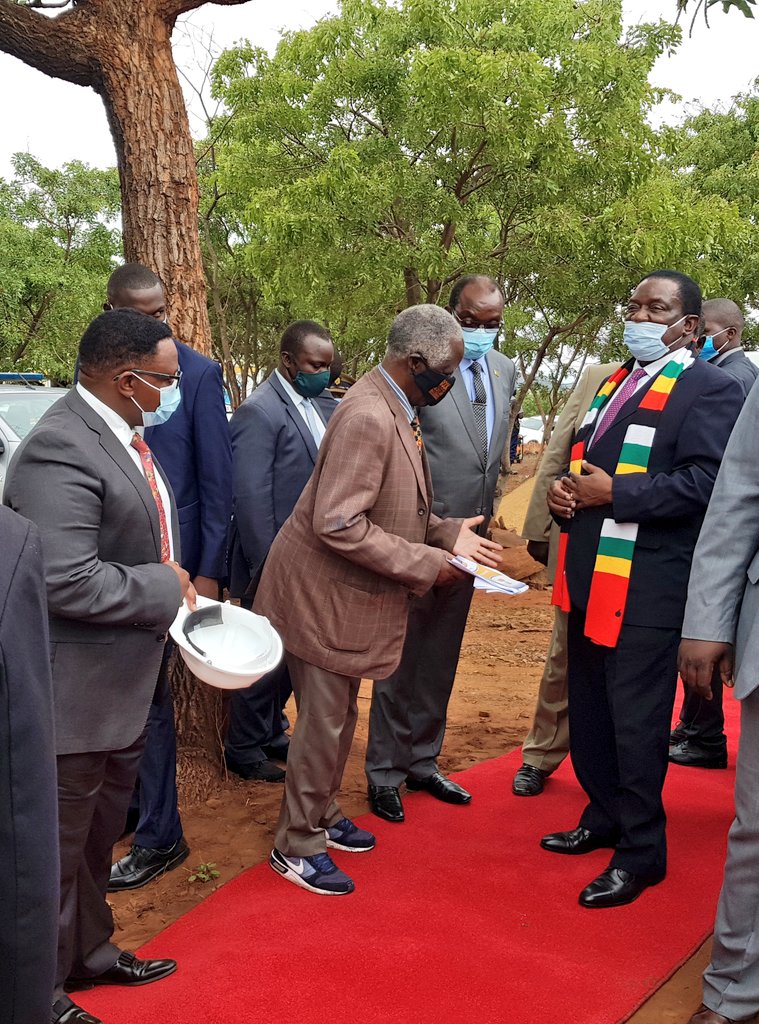 The monument is a dedication to all fallen veterans of the continent’s liberation wars.

The museum whose birth was witnessed by over 50 ambassadors from the continent is meant to document wars fought in Africa in its quest for self-governance.

Its site, located less than nine kilometres west of Harare’s central business district (CBD) was donated by the government as an initial step to the fulfillment of its promise made to the Pan-African think tank Institute of African Knowledge (INSTAK).

“Zimbabwe is honoured by the African Union (AU) to host this museum and play a coordinating role in the construction of a unique repository of our African liberation heritage,” Mnangagwa said.

“This milestone is the culmination of the most heroic acts by our founding fathers.”

“The construction of the museum of is an important infrastructural project which will go a long way towards immortalising and preserving the resistance acts of patriotism and sacrifice made by our founding fathers and liberation veterans across Africa.

“Zimbabwe dedicates this piece of land to the preservation of the rich liberation war heritage of our great African continent,” he said.

The idea of a Museum of African Liberation was endorsed by African ambassadors and the United Nations Educational, Scientific and Cultural Organisation (UNESCO) last October in Harare.

Ambassadors assured INSTAK of their support for the project described as Africa’s own moment to rewrite its history by South African president Cyril Ramaphosa, represented by ambassador Baleka Mbethe.

“Besides his pistol, this is the uniform which he (General Tongogara) used to wear during the war,” said Angeline Tongogara.

“I have kept this uniform for the past 40 years as if I knew there was going to be a museum for African liberation so that his history will be in the museum for our future generations.”

More artifacts are expected from across Africa including some in European museums.

Besides the museum, the site will also host an African liberation monument, conference halls and amusement park.