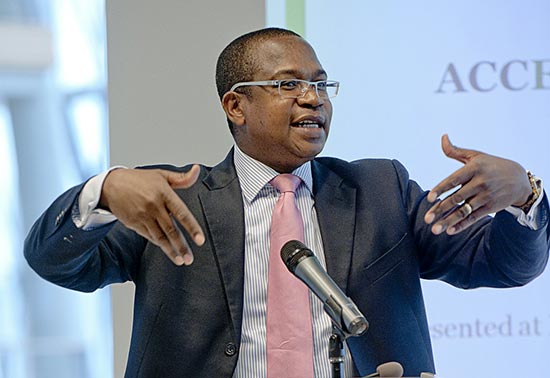 WHEN Ghana revised its Gross Domestic Product (GDP) figures in 2010, the resultant 60 per cent jump in its GDP estimates saw it being upgraded from low-income country to a lower-middle income country. Similarly, Guinea Bissau and The Gambia also discovered that their economies were more than double the size of what had previously been reported after embarking on exercises to recalculate their GDP statistics. Perhaps more pronounced was the giant 89 per cent leap by Nigeria to the title of Africa`s biggest economy (with a GDP of around $510 billion) after rebasing its GDP figures in April of this year.
While the ordinary person walking the streets of Accra, Lagos and Abuja did not immediately have more money in their pockets after their respective rebasing exercises, there are benefits to updating national income statistics. In an emailed response to questions on the benefits of revising National Income statistics, Kudakwashe Kadungure, Senior sub-Saharan Africa Equities Analyst at Imara Africa Securities, a division of Imara SP Reid said: “I think it is generally a positive thing to work with numbers that better reflect the true state of affairs.
“With regards to fiscal planning, especially where taxes are concerned, I think it is definitely in everyone`s interest that governments implement tax policies that are as efficient as possible,” Kadungure added, further underlining the importance of governments using tools that are accurate in determining their policies.
In explaining how the updating of national income statistics could potentially lure investors and boost private sector activity, Kadungure said: “For an investor interested in a recently rebased economy, one can already see how an understatement in metrics that compares that particular market to a global or regional benchmark (such as consumption per capita vs. GDP per capita) can suggest greater growth prospects than previously thought. The net effect becomes that overall, positive perceptions of the local economy ensue and investors are attracted to such countries after the revision of GDP figures.
“With the Nigerian example, we find that some Africa facing emerging market funds immediately increased their holdings in Nigeria since their asset allocation was also dependent on GDP weighting,” Kudakwashe added. It would appear then, that the case for more African economies to update their national income statistics has merit. Especially when one considers the exclusion of key sectors that have become more dominant now than in the past like Entertainment, Information and Communication Technologies (ICTs), Banking, and the informal sector, it would be in the best interests of African countries to revise their GDP statistics to better reflect economic activity.Advertisement

Yet at the recently concluded African Development Bank (AfDB) Annual Meetings in Kigali, Rwanda, AfDB Vice-President and Chief Economist, Professor Mthuli Ncube indicated that Africa`s GDP could be underestimated by as much as 30 per cent due to out of date GDP bases and informal sector activity that is unaccounted for. At present Africa`s GDP stands at around $1,5 trillion, but Professor Ncube reckons this figure could be somewhere north of $2 trillion, if national income statistics of all African countries were up to date.
Data shows that after a rebasing exercise, on average, GDP figures of African countries increased by nearly 30 per cent. However, a major cause for concern is the fact that only 10 out of 54 African countries comply with the internationally accepted standards of using a base year for their GDP calculations which is 5 years or fewer old. Currently, 19 countries use a base year that is at least a decade old, with 7 using base years that are 20 years old and the Democratic Republic of Congo (DRC) being the extreme case using a base year from the 1980s.
Given the potential benefits of using current GDP statistics, African countries have displayed a reluctance to revise their national income figures. Granted, re-benchmarking GDP figures does not always imply an increase in GDP. For instance, when Botswana rebased its GDP statistics, adopting 2006 as the new base year whilst abandoning the old base year of 1993, it witnessed a 10 per cent decline in its GDP statistics. Such was the case with Ethiopia and Lesotho which both recorded marginal declines of 1 per cent and 4.4 per cent respectively, after their GDP rebasing. The importance however, of using current data which better portrays the state of economic activities is essential. For countries like Zimbabwe which are trying to attract Foreign Direct Investment (FDI) inflows, rebasing should be prioritised.
Obviously, a GDP rebasing exercise requires a tour de force to implement. Looking at Nigeria, preparatory work for its rebasing exercise started in the last quarter of 2011 according to the country`s National Bureau of Statistics. The process would involve surveys of economic activities that were not previously captured, validation of data with sector experts and assistance from international development partners. For most African countries, the financial and technical capacity to conduct such an exercise of enormous proportions could be a hindrance. This could in part explain why there has been a rather slow uptake of GDP rebasing, with some continental heavyweights like Kenya still to rebase.
However, some feel that African governments deliberately ignore rebasing exercises, as doing so would reveal flaws in economies such as growing income inequalities, lower spending on key areas like education and health as well high incidences of institutionalised corruption and leakages. Some analysts have even gone to the extent of suggesting that countries deliberately understate their GDP figures so they can be eligible for debt relief from international finance institutions under the Heavily Indebted Poor Countries (HIPC) initiative.
However, if the continent is to remain in its growth trajectory, it is critical that African economies update their GDP figures to show a truer reflection of economic activities, such that policy makers make evidence based decisions. Furthermore, as the informal sector on the continent has rapidly grown over the years, it is necessary that this sector is formalised and included in the national income statistics. Changes in weightings used in GDP calculation could also increase the diversity of the economies, especially when sectors higher up the value chain such as manufacturing and services are considered.
Going forward, it is important for African economies, especially those in need of significant FDI flows to re-benchmark their GDP. This could likely improve investor sentiment and lure potential investors. For Africa, higher GDP figures may enhance the continent`s role in the global economy, and see it become a more dominant force. A mere GDP rebasing without complimentary policy and regulatory reforms however, would come out to nought as investors would shun countries without favourable policies. On the whole, it is in the continent`s best interests to use up to date statistics, and policy makers should seriously consider rebasing in their individual countries.
Perry Munzermbiri is a third year student at the National University of Science and Technoloy (NUST) where he is reading for an Honours degree in Finance. He also manages a blog called Carte Blanche with Perry where some of my work can be accessed.